William James Sharkey, of Medway street, Box Hill, was charged at the City Court yesterday with having attempted to murder Ruth Mary White, of the same address, on November 2. He was remanded by Mr. Hauser, P.M., to Box Hill Court on December 23. Bail as fixed at £350, with a similar surety. In applying for the remand, Sergeant Madin said Sharkey was arrested yesterday.  Senior-Detective Frank Simpson said Sharkey was alleged to have attempted to cut Ruth White’s throat at his home in Medway street on November 2, and then tried to commit suicide. An argument occurred over a young man who had been associated with the woman, said Detective Simpson. The woman was taken to hospital, but had returned home, and was practically normal again. She had been living at Sharkey’s house in Medway Street for some years

James Thomas Pierce and Henry Pierce, the two brothers who are charged with the murder of Mr. David Davidson at St. Kilda on November 2, are now in strongly guarded cells at the Melbourne Gaol, awaiting, their appearance at the City Court on Monday. The men have not yet been visited by a legal adviser. They are allowed to see visitors twice weekly, but a strict surveillance is being maintained. Yesterday a man and a woman were allowed to converse with the brothers for a few minutes.

Constable Morphett, of Melton, who arrested the men, came to Melbourne at the end of the week, and was presented by Superintendent M. J. Bannon to the Chief Commissioner of Police (Sir John Gellibrand) who congratulated him.

John Redden and his companions, John Riley and James Duggan had met up on the evening of 2nd November 1884 and made their way to the Fire Brigade Hotel. Riley had originally gone out that evening to meet his friend George Vale. He had parted company with George and had then met up with Redden, Duggan and Edward Stewart.  As it was past midnight the hotel was closed, but when the group knocked on the back door, Bridget answered and let them in to have some drinks. The group finally left about 2 am and Redden said he was going back to Bryant’s smithy where he worked as it was too late to bother going home.

On the way along Little Ryrie Street when they were met by a woman, Mrs Elizabeth Gillies, who yelled out to them that they were larrikens, blackguards and responsible for breaking her windows. Redden told her to “Go home and mind your own business”. Elizabeth who was not sober, turned to leave but slipped on the footpath and screamed ‘Murder, police’. All of a sudden a man named John Hunt rushed at Redden and the group, wielding a knife. Duggan received minor cuts but Redden fell to the ground having been stabbed severely. Hunt called out ‘Aha, aha you got that then”!

John Kelly was a bootmaker of Lt Ryrie Street and on hearing the noise went to assist. He helped Duggan and the others take Redden to the smithy’s, having to pass Hunt’s house on the way. Constables Lee and Daniels also came to help. By the time they got Redden to Bryant’s he had died in Constable Lee’s arms. Henry Pride and his wife were in a nearby cottage. He heard windows being broken by boys and called Sgt Wickham to make investigations. Together they went to Hunt’s house. On arriving there Hunt said that the group of boys were his friends. It appeared that Elizabeth had invited them ‘to come up to her house’ and then once they had stepped inside, asked ‘Who’s going to get the beer?’ Hunt said he would pay for it if someone went to get it.

The group of boys included Joseph Burr, William Winter, Joseph Atkinson, Lawrence Davey and Robert Grierson. The boys had all agreed not to tell the police anything and Sgt. Wickham on visiting Hunt’s house found one of the boys was in the bedroom with Elizabeth. He also found the knife with blood on it. Hunt had said he’d gone to Elizabeth’s rescue as Duggan was holding her down while Redden raped her. He had acted in self-defence. It wasn’t until Elizabeth was taken to the morgue to identify Redden as her attacker and then back to the lock-up that she mentioned the rape charge.

Duggan was remanded but discharged as the evidence was not sufficient against him. Supt. Toohey objected as the court proceedings had not ended so he was remanded again until the next morning. Hunt was brought up for trial as was Duggan on a charge of rape. The Doctor attending the inquest stated that Gillies injuries to her face and body had not been caused through any assault. Duggan was discharged but given some stern advice by the magistrate that he should give up street-walking, late hours, bad company and be mindful of his present painful position! Duggan replied ‘Thank you, Sir”.

Hunt and Gillies were charged with having wilfully murdered Redden. Gillies was released due to not having anything to do with the murder nor inciting Hunt to do anything but re-arrested for vagrancy. She was given 6 months gaol, with a combined charge for prostitution also. Hunt was sentenced to death but it was commuted to 15 years imprisonment with hard labour. 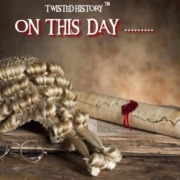 Charged with having murdered John Stanley Gibson, 27, laborer, of Webb Street, Altona, at Brooklyn on November. 1, Wolsley Alfred Vivian Watson, 20, laborer, of Miller’s Road, Brooklyn, appeared under remand at the City Court today, and was further remanded to November 22.

The police prosecutor said the City Coroner (Mr D. Grant, P.M.), would hold an inquest on Gibson on November 21.

When Watson was before the court Mr Bond, P.M., refused to grant bail. Today Mr L. W. Hartnett (who appeared for Watson) announced that he had applied to the Chief Justice, Sir William Irvine, who had granted bail in £250, with a similar surety. 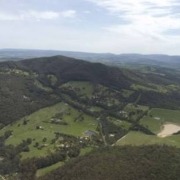 Charged with the murder of Luigi Marchesi, a farmer, at Gruyere, near Lilydale Victoria, on November 1, Giacomo T’arca (26), a farm laborer, who had been employed by Marchesi, was remanded today till January 3 by Mr. Freeman, P.J., in the City Court. Senior-Detective WIlliam J. Sloan gave evidence of Tarca’s arrest in Perth on December 20.

On the 1st of November 1791, a group of 20 male convicts and one pregnant female convict escaped from the gaol at Parramatta, New South Wales in an attempt to reach China overland. They took with them rations, tools and clothes. Whilst some of the convicts were recaptured, many simply died in the unfamiliar bushland of New South Wales. Many convicts believed that China lay beyond the Blue Mountains.

The town of Millaa Millaa, in Queensland, Australia, came up with a killer idea for national coverage and tourist attraction at their town cemetery. A new toilet was needed at the graveyard and the council was quoted more than $80,000. Not to be killed in their tracks the local Chamber of Commerce decided to just build one themselves. Undertaking the gravely task their build a coffin shape toilet “crap crypt”. Problem is, now that this eternal restroom has been built, some townsfolk are dying of embarrassment. “You have to be careful, not everyone is going to have our macabre sense of humour,” Chamber president Pat Reynolds told the Herald Sun newspaper. “But we did it with good intentions. It’s for firstly, the cemetery, and secondly, maybe a few more people will notice Millaa Millaa now.” The builders made sure not to do a crappy job on the toilet, providing a septic system, solid cement foundation, and strong walls, one of which bears a cross and the letters RIP, according to the Courier-Mail newspaper. Not everyone likes the idea. Brian Norton was dead set against the tombstone toilet and wrote a letter to officials expressing his grave concerns. “Imagine if they had a funeral there,” he said. “I don’t think it’s going to go over very well, especially if people are there from out of town. They’ll think, ‘What sort of place is this?'”