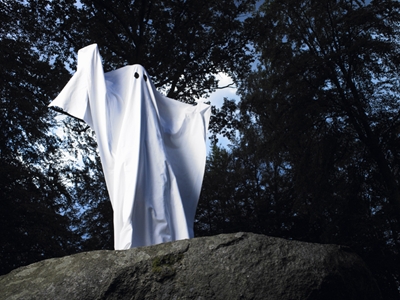 AN extraordinary ghost story has been doing the rounds of Horsham during the last day or two, the foundation for which, after due enquiry, we have been unable to trace. A man covered with a white sheet, with a black coffin on the back of it, is supposed to have made his appearance, and gone through a number of absurd antics. If anyone is fool enough to be acting in the manner referred to, we shall not be surprised to hear that he has been brought to his senses by a sound thrashing, or placed hors de combat by the contents of a revolver. People are not likely to be very particular in the means they use in bringing “ghosts” to their senses.