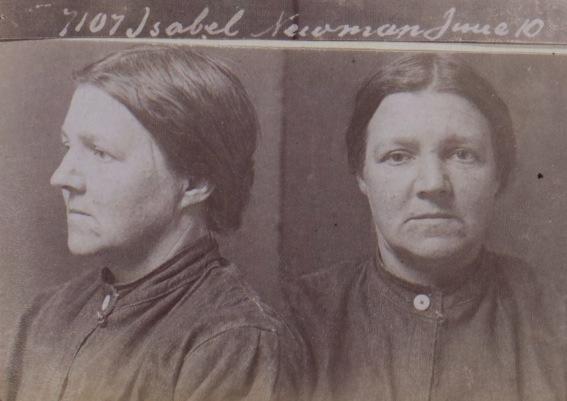 The detectives are continuing their search at the house and ground in Malcolm road, Mordialloc, lately occupied by Mrs. Isabella Newman. Mrs, Newman left in her bedroom whither she had gone to change her clothes before going to the lockup, two notes. One of them was as follows : — “My dear , husband and children, forgive me for what I have done. I am innocent of the offence charged against me. God forgive me and help me in my hour of trial. Your loving wife and mother.” On the back of the note there was a second message which was apparently intended for the detectives which read: “A last word, my husband and children don’t know ” anything about it. He thinks I am getting £10 per week to keep the babies. That is all I know, so help me God.” Mrs. Newman was well-known in athletic circles some years ago as Madame Isa Bell. In March 1908, she issued a challenge to race any woman in Australia for the championship. Miss Ivy Evans, of Bendigo, responded to the challenge, and succeeded in defeating her.