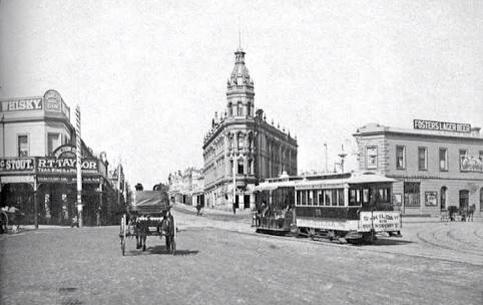 Arrested in a police raid early in the morning, William Sylvester John Barrett, 22, labourer, of Drummond Street, Carlton, appeared in the City Court charged with having murdered, on or about December 7, William Herbert Irwine York, at St. Kilda. Barrett was remanded to December 23, and in compliance with a police request bail was refused. Having given evidence of Barrett’s arrest, Detective William Ferguson said, it is alleged, that about midnight on December 7, York was walking along Fitzroy Street, St. Kilda. Later he was found unconscious near St. Kilda Road. He was taken into the Alfred Hospital, where he was kept under observation and allowed to return home. His injuries took a serious turn on the following day and he died early on the morning of December 9, as a result, it is alleged, of injuries he received. A post-mortem examination showed that death was due to a number of fractures of the skull.’ Barrett had made a statement about the matter. Detective Ferguson concluded. Barrett, a well-built young man, was not represented by counsel.

BREAK INTO THE GEELONG GAOL