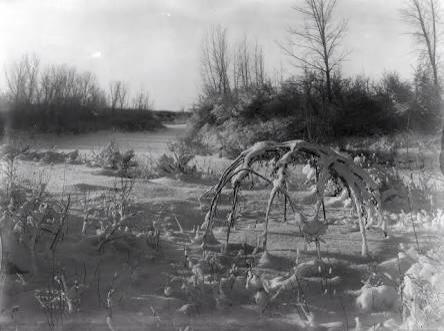 Swamps turn to ice, goannas frozen in subtropical Queensland It’s rare that you’ll find ice outside of an esky filled with beer or a freezer full of fish in subtropical Rockhampton, Queensland. But according to Adelaide’s News on 11 December 1923, a rare weather event turned swamps into ice sheets and led to the untimely deaths of a number of goannas. “Today, large lumps of jagged ice fell during the progress of a storm between Raby Creek and Eastbrook stations,” the News reported. “Trees were stripped of leaves and branches, and long streamers of bark were broken loose. Two large swamps in the track of the storm were filled to a depth of 2 feet with a solid mass of ice, which did not melt for six days. Numbers of goannas were frozen in the mass