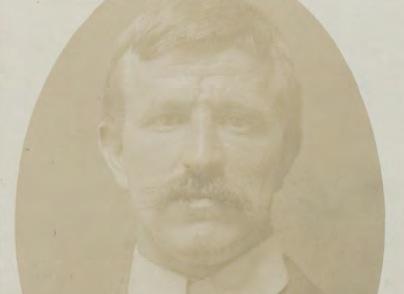 At the Criminal Court Joseph Victor Pfeffer, 32, butcher’s assistant, was charged with having on the 22nd of December, at Albert Park, murdered Florence Victoria Whitley, aged 23, domestic servant and sister-in-law of the accused. The Crown Prosecutor stated that the murdered girl had for three or four years prior to the tragedy been living at the accused’s house. During lunch hour on December 12 Pfeffer clambered over the back gate of Kennett’s house, in Mill-street, Albert Park, and made his way into the kitchen, where the maid and her mistress were seated at a table together. Then the accused shot the girl. Evidence in support of the Crown case was given by a number of witnesses, and the defendant made a statement from the dock. He said, ‘From when I woke up on the morning of the murder until I saw the police I remember nothing of what happened. I have my brother here in court. He has wandered out of his mind, and has roamed about the country in that condition for three weeks before being arrested. At Geelong I had an accident before I went to the war. and was laid up in the hospital for a fortnight. While in South Africa, I had several bullet wounds, and was hurt inwardly through the fall off a horse. Another time when taken prisoner I was hit on the head with the butt end of a rifle, and I have since suffered from headaches off and on, and I really think there are times when I don’t know what I am doing. There was insanity on my father’s side and on my mother’s. One or my relatives hanged himself, another shot himself, and my brother has been in a lunatic asylum for some years. I do not remember anything at all about the murder. After rather more than an hour’s retirement the jury returned with a verdict of guilty, adding a rider expressing regret that in view of the character of the defence, no evidence had been brought forward to settle the question of the accused’s sanity. Mr. Woinarski said the Crown, was in a position to rebut any evidence on that point that might have been brought forward. His Honor would take a note of the jury’s rider. He then passed sentence of death upon the accused,