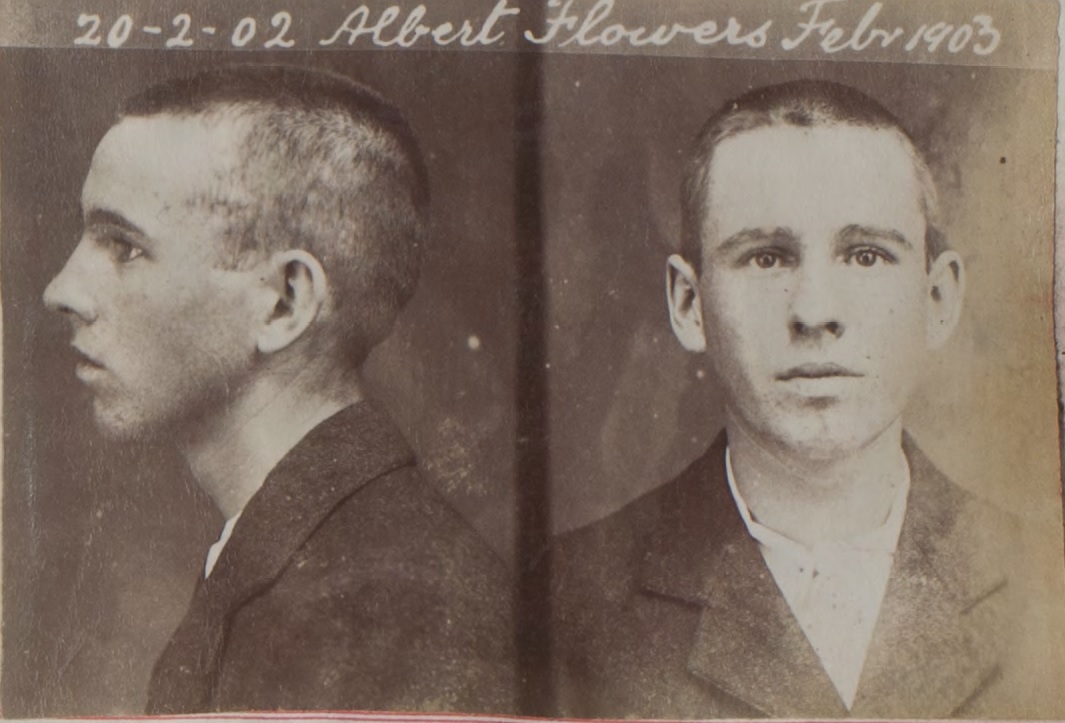 When being transferred from the Watchhouse to the Geelong Gaol on 16th of January 1903, a young man named Flowers who the previous day at Camperdown had been committed for trial for the alleged theft of money and jewellery from the Talindert Estate, made a determined attempt to escape. Senior Constable Harley was escorting Flowers to the gaol, and refrained from handcuffing him. At the intersection of Ryrie and Yarra streets, Flowers made a dash down Yarra Street, and through the Melbourne Club Hotel, with the constable in hot pursuit. Flowers managed to dodge his pursuer in the hotel, and got out through the back way into Little Malop-street, where a baker’s assistant named Milliken made after him in his cart. When Milliken came up to Flowers he dismounted and made a grab at the prisoner, who struggled violently to release himself, at the same time dealing his captor some heavy blows. As the two were struggling on the ground, Senior Constable Harley appeared on the scene, and, placing his handcuffs upon Flowers, he subsequently lodged his prisoner safely in the gaol.

Albert Flowers was a 17 year old youth, who is listed as being a jockey by trade.  It was not the first time he had been in trouble.  He had been convicted in July 1900 of shopbreaking and was given a suspended sentence.  In September 1900, he was sent to the Ballarat Industrial School before being transferred to Royal Park Industrial School. Albert’s father Henry was living in Raglan Street, Ballarat at the time of his incarceration.

Albert only spent a short time at Geelong Gaol before being sent to Pentridge for 9 months.  He spent 48 hours in solitary confinement in August 1903 “for not being diligent in his work”.  In November 1903, Albert was sent to the Excelisor Home for Boys Reformatory School in North Brighton.

On February 5, 1904, Albert with two other boys would abscond from the Boys home.

Albert would not live a long life.  He died in August 1913 of pneumonia in the Hamilton hospital.  He was well known among the racing fraternity, was working as a fish monger and by all accounts was well liked.  Albert left behind a wife.

Constable Digby and the Wreck of the Hereford 1881