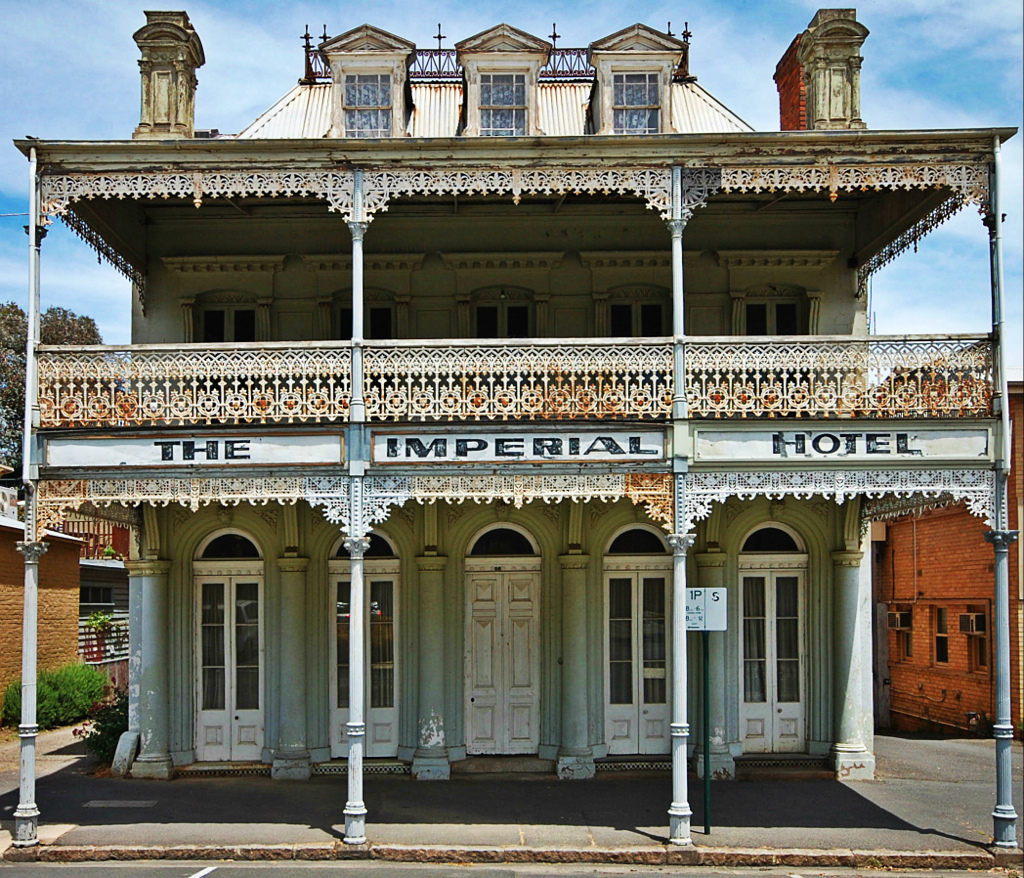 Mary Coar, bar maid, of the Imperial Hotel, was at the police court to-day charged with the larceny of £15. the property of Mrs. Pearson, the licensee of the hotel. Inspector Davies prosecuted, and Mr. S. M. Cornish defended accused.

Evidence was given that the money had been placed by the licensee of the hotel in a cupboard of the diningroom. The room was locked up, and the key was alleged to have been placed in the bar till, to which only accused, Mrs. Pearson, the licensee, and her nephew had access. On the money being missing Mrs. Pearson gave information to the police, and from information received Constable Walsh arrested the accused on suspicion.

The P.M. decided that there was no evidence against the accused to go before a jury, and dismissed the charge.

The Imperial Hotel [also known as the Town Hall Hotel, and later Beck’s Richmond Hotel and Beck’s Imperial Hotel] was built in 1861.  The two storey hotel with attic was erected for Faulder Watson who became the first licensee on 21 Dec 1861. Watson retained the licence until about 1866 when the hotel was advertised as Young’s Imperial Hotel. Watson apparently retained the ownership of the hotel until c1885 when he sold it to slaughterman Edwin Purches who is recorded as having offices in the premises. By 1887, the hotel was owned by Mrs E Pearson who held the property until at least 1903. In 1892 during Mrs Pearson’s ownership, the extant cast iron verandah and balcony to the Lyttleton St facade was constructed in place of the original first floor cantilevered balcony. In the early years of the twentieth century, the hotel had numerous publicans until about 1931 when R W S Beck acquired the hotel licence. The name Beck’s Imperial Hotel reflects Reg Beck’s long-term ownership of the hotel between about 1931 and 1942. The hotel licence was surrendered in 1968 and in the following year, C S Harrison purchased the property and re-opened the building as tea rooms and a tourist accommodation centre.

Some of you may recognise hotel being used as the exterior shots of the local Mount Thomas hotel in Blue Heelers also known as the Imperial Hotel and run by Chris Riley.

Does anyone know who owns the hotel today?