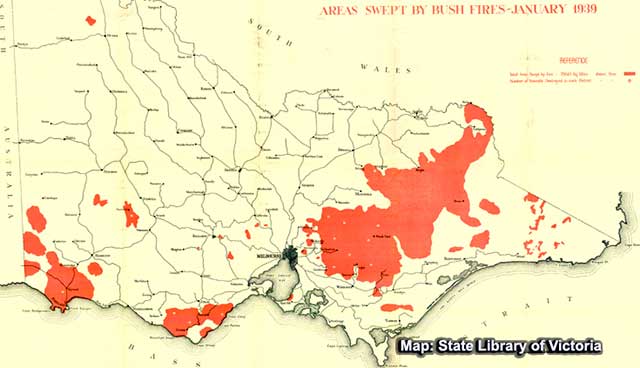 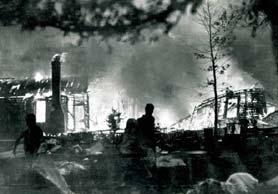 Friday January 13, 1939 would go down in history known as Black Friday.  The day would later be described at the Royal Commission as “it appeared the whole of Victoria was alight”

In the days preceding Black Friday, some of the hottest temperatures to date had been recorded, but it was Friday that recorded a temperature of 45.6 degrees Celsius (114.1 Fahrenheit).  This temperature would remain the hottest on record for 70 years.

That summer had been hot and dry with several smaller fires burning, but on January 13 a strong northerly wind hit the state. This coupled with fires being lit by landowners, campfires, inappropriate sawmill operations and domestic fires,  All these conditions had the catastrophic effect culminating in several smaller fires joining, leading to a massive fire front.

By the time the fires were brought under control, they had led to the deaths of 71 people, several towns, 1300 homes, 69 sawmills and 3700 other buildings were destroyed.  It was estimated the three quarters of the state of Victoria was burning.

The fires would be brought under control with the help of rain that crossed the state on Sunday January 15. 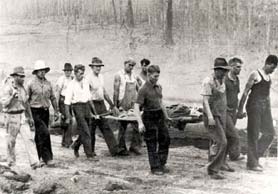 The Royal Commission headed by Judge Stretton was held 3 weeks after the fires and attributed blame for the fires to careless burning, such as for campfires and land clearing. It made a number of recommendations to improve forest management and safety, such as the construction of fire towers and access trails. It also encouraged the creation of a regime of supervised burning, which still exists today.

The fires contributed directly to the passing of the Forests Act, which gave the Forests Commission responsibility for forest fire protection on public land. They were also a key factor in the founding of the Country Fire Authority in 1944.

Some of those killed in the fires included: 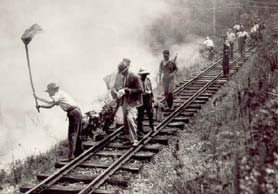 The First Execution in Victoria