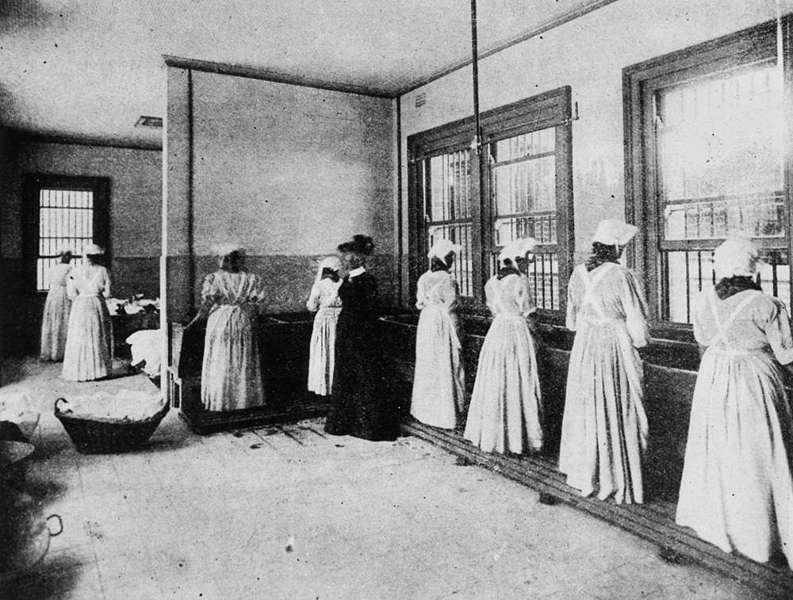 A reduction In the staff at the Geelong Gaol has been effected through the adoption by the Penal department of new
arrangements in regard to the disposal of female prisoners of the vagrant class, for whom special accommodation has been provided at Pentridge.

All the enfeebled women will be transferred to the Coburg penitentiary, only female prisoners of vigorous type being retained at the local gaol in order to do the laundry work furnished for then by the military authorities at Queenscliff. Hitherto between 60 and 70 women have been quartered at the local gaol, but the accomodations in the female division will be limited to that required far 30 inmates.

This alteration of the prison arrangements will enable Mr Cody to make provision for the reception of an additional number of male prisoners, chiefly of the invalid class, for whom relaxed discipline is necessary.

The female division will in future be under the control of Mrs Purbrick, who succeeds Miss Fleming, the latter having now transferred to the position of sub-matron at Pentridge while Miss Kilmartin, another of the female warders at the local gaol has received orders to proceed to the Melbourne Gaol. She will leave with a number of the female prisoners under her charge at the end of the week.  Miss Fleming, who has been in charge of the female arrangements at the local gaol for several years past, has been more than a quarter of a century in the service, but her promotion to the position of sub matron only carries with it increased responsibility without a corresponding
advance of remuneration.

The average number of prisoners in the men’s division will in future be about 170, and they will be under the control of nine warders, the proportion being much less than that in other gaols throughout the colony.  If the suggestion by the governor was carried out for the construction of radiating yards for the exercise of a number of separate treatment prisoners under the supervision of one warder, instead of the three posted in the turrets as at present the services of the staff could be utilised to much better advantage.