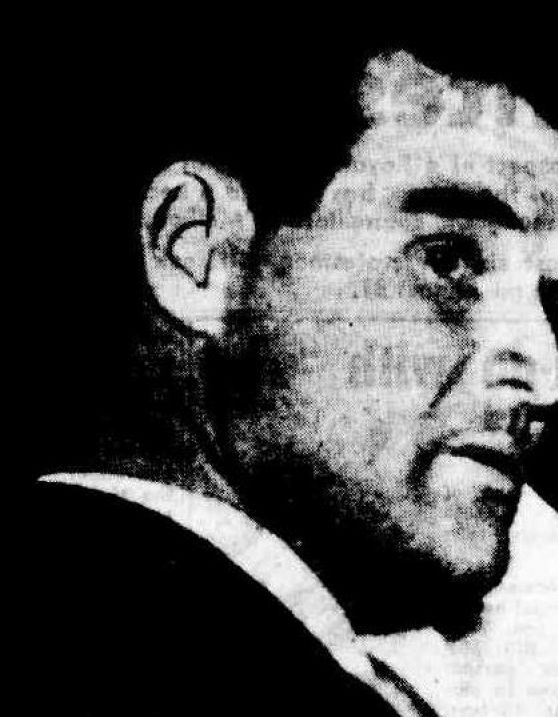 O’Meally was born in 1920 as Joseph Thompson in Young, NSW.  The family moved to Sydney when he was 11 but his parents marriage dissolved not long after, and up to 14 years of age, O’Meally was a ward of the state.  O’Meally claimed to be the grandson of Johnie O’Meally, a member of the infamous Ben Hall gang.

O’Meally began his life of crime early and by 16 years had recorded his first assault against a police officer.  He was labelled as uncontrollable and sentenced to the Gosford Reformatory.  He made his first escape from here and became lost in the mangroves for a week before being recaptured.

By the time of Constable Howell’s murder in 1952, O’Meally had racked up 42 convictions including 5 for assault against police.

O’Meally claimed to be innocent of the policeman’s murder claiming he had been home with his wife at Bonbeach, a claim his wife supported.  He also claimed that Howell knew him and so would be able to identify him.  Despite these claims, O’Meally was found guilty and initially sentenced to be executed for the murder.  The newspapers reported that he cried when the verdict was read and again declared his innocence.

O’Meally would have his sentence commuted to life imprisonment without the benefit of parole.  He would be taken to Pentridge prison where he would escape in 1955 from H Division.  He would only be at large for a day before being recaptured in Coburg.

In 1957, O’Meally again attempted to escape from Pentridge, this time with an accomplice John Taylor.  Armed with a .38 pistol, the two men ran out of the main gates, shooting a warden in the process breaking his leg.  A gun battle ensued with other warders an the two men were recaptured just 13 minutes after escaping.

At the trial, the Judge stated “You are both clearly beyond hope of reform. Simply to sentence you to a further term of imprisonment would be to impose a totally inadequate form of punishment, and would provide no real deterrent against further attacks of a like character.”

Both had a further 10 years added to their sentences and were ordered to be given 12 strokes of the cat o nine tails in one session, the first flogging in Victoria since 1943.  On April 1st, 1958 the flogging sentence was carried out with O’Meally becoming the final man to be flogged in Victoria.  He would claim it had taken him 3 months to recover and no medical assistance was given.