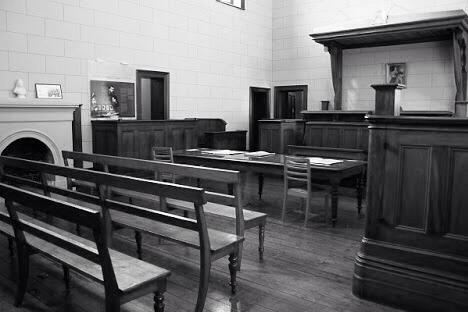 On this day in 1857, Rosanna Nicholls had the dubious honour of being the first person to be sentenced to death in Beechworth. Rosanna was convicted of murdering her child and ordered to be sent to Melbourne for sentence to be carried out. Rosanna missed another first, if she had been executed she would have been the first woman to hang in Victoria.

Bushranger on the Move