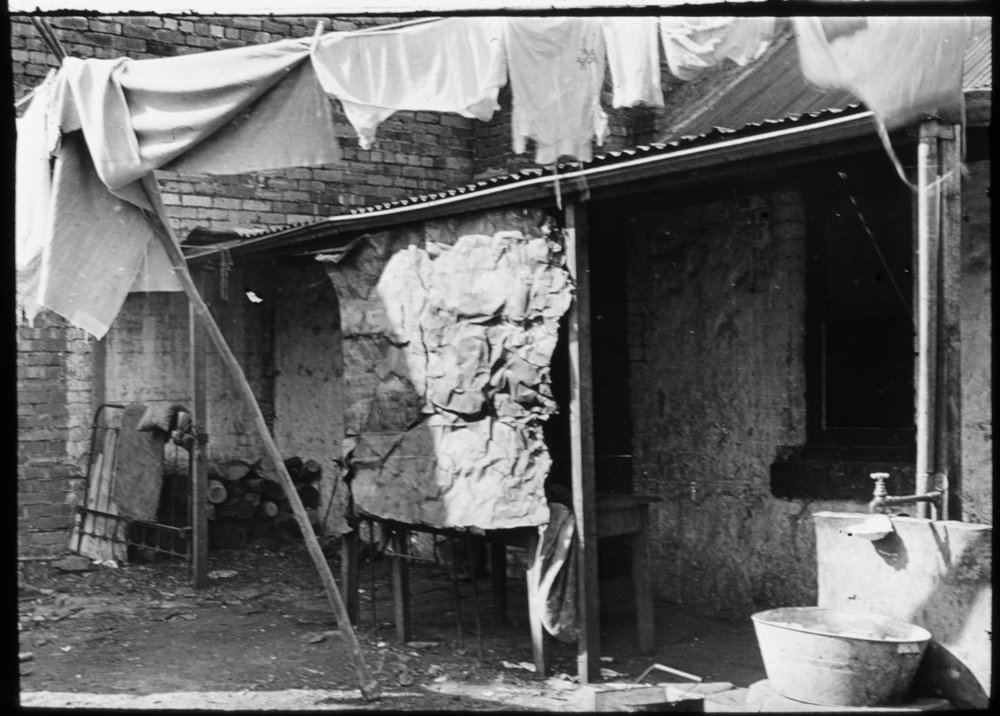 Minnie Kinsley, married, was charged at the Fitzroy Court to-day with having her premises in such a state as to be a nuisance.

Charles James Eassie (sanitary inspector) stated that the house rented by Mrs. Kingsley contained eight rooms, a kitchen, and a bathroom, and 19 people were living there. The rent paid by the woman was 11/ a week, and she received 33/ from the occupants weekly.

The house was in a filthy condition, and was covered with vermin of every description. The clothing, bedding and furniture were also infested with vermin. There were too many people in the house.

Witness did not make a thorough examination of the premises, as he found it neeeasnrv to change his clothes as soon as possible and have a bath.

A fine of £3 was imposed, in default one month’s imprisonment.