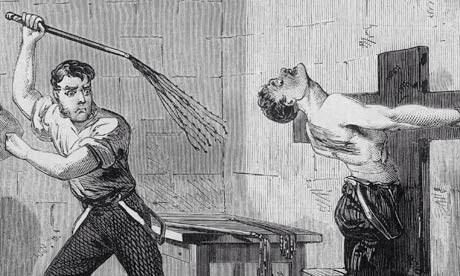 The first flogging in the Beechworth Gaol took place on this day in 1872. The victim was a chinaman call Ah King, convicted of an indecent exposure. He was tied to a wooden tripod, which was known as being married to the three sisters. The prison received 17 lashes from the cat of nine tails by a fallow prisoner. The flogging was extremely distasteful to all concerned, and when the time came for the second series of lashes, there were no volunteers. The victim had to be sent to Melbourne, where the state executioner would have no such scruples.

Finding a Woman’s Body in the Cupboard
Scroll to top Book online now!