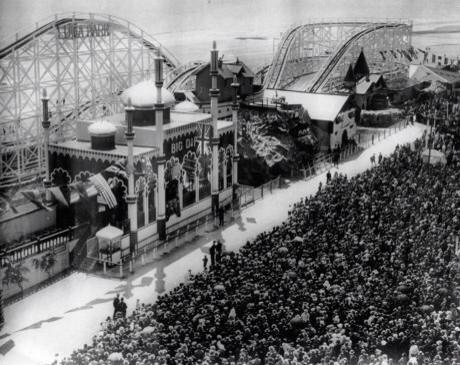 On this day in 1935, Glenelg’s Luna Parks assets were put up for auction, all of which were purchased by Atkins and Phillips. The rides were dismantled and shipped to Sydney, NSW. The rides and equipment were assembled at the Lavender Bay site, with Luna Park Milsons Point opened on the 4th of October 1935. The amusement park, now known as Luna Park Sydney, still remains in this location.

Break and Enter at Ondit