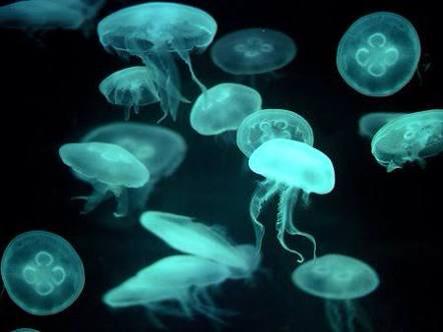 From across the Tasman came the following account from a Balclutha correspondent as retold in Hobart’s Daily Post on 9 April 1912. “A somewhat remarkable phenomenon was observed. “An easterly rain fell more or less heavily all the afternoon, and just about midday there was an extra heavy downpour of misty, thick rain, after which the ground was found to be in places thickly covered with particles of a jelly-fish-like substance. The largest about the size and shape of the fingernail on the little finger. “They gradually melted away and disappeared in an hour or two. They were semitransparent, like blobs of jelly, and were evidently the lowest form of animal life, known scientifically as a protoplasmic form of amoebae. How they came to be in the air is a question for theorists. A possible theory is that they were caught up in a terrific storm, or sent up by a marine eruption.”