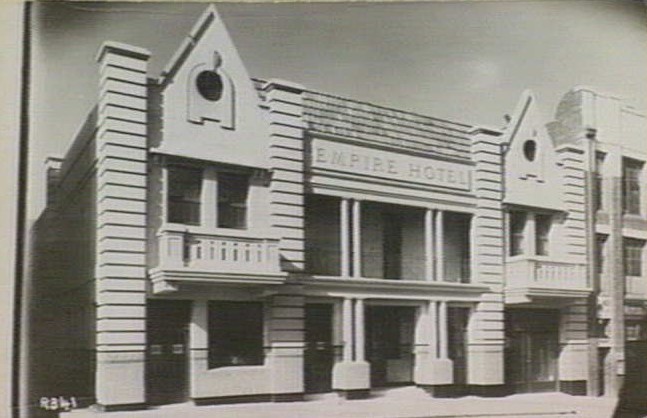 At the Morgue on April 9, the Coroner (Dr. Cole) opened on inquiry into the circumstances surrounding the death of William George Trott, a caretaker, 50 years of age.

The deceased, was discovered in Menzies’ Alley at the back of the Empire Hotel on April 3 suffering a fractured skull, having apparently fallen 16ft from his bedroom window, which was immediately above the spot where he was discovered.

Henry Halliwell, a clerk in the employ of the New Zealand Loan and Mercantile Agency Co., stated that Trott had been in the company’s employ for a number of years. To the Coroner He was a widower, and was always considered by the firm a sober man. He never had fits.

Jane Jensen, a married woman, residing at the Empire Hotel, stated that Trott had been residing at the hotel for the past three years. Witness, continuing, stated that she last saw the deceased alive at closing time on Saturday night. He was then standing at the foot of the stairs preparatory to going to bed.

Dr. Thomas Hurley, of the Melbourne Hospital, stated that he admitted Trott to the institution on April 3 suffering from a fractured thigh and skull and internal Injuries. He smelt very strongly of stale beer when admitted, and died two days later from the effects of his injuries.

The inquiry was adjourned for further evidence to be obtained.