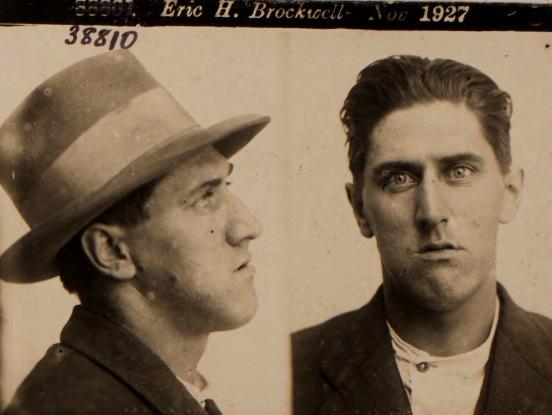 In the Geelong Supreme Court on this day in 1930, Erie Harris Brockwell aged 24, was charged with having murdered Horace Thomas Walpole on the 28th of April 1929. Walpole’s body was found in his motor car on the Queenscliff-road. There were injuries to the head, and a post mortem examination disclosed a bullet in the brain. Walpole had been shot from behind. Senior Detective Siekerdick said that when he interviewed Brockwell on the 29th April, Brockwell admitted that he fired two shots at Walpole. Witness added that Brockwell asked to be “saved from the rope”. He did not mind doing 15 years. Walpole had called him a gaol bird, and he (Brockwell) had fired at him. Brockwell later signed a statement in which he admitted having killed Walpole. Brockwell, in a statement from the dock, said that he was too drunk to remember the incident. He had intended to kill himself, because he was depressed and in ill-health. He engaged Walpole to drive him to Queenscliff, and there had been a quarrel, but he had not fired to hit. The jury returned a verdict of manslaughter, and Brockwell was sentenced to 15 years’ imprisonment. “The jury took a very lenient view,” remarked the Chief Justice, in passing sentence. Brockwell was sent to Geelong Gaol and released in 1941.