An unfortunate accident happened to Mr. Michael Bowles a farmer, of Wharparilla, near Echuca. He was engaged chaffcutting, and while on the stack dropped the knife which he was using. It fell amongst the hay, and in stooping to pick up another Bowles accidentally knelt on the knife, the blade of which entered the side of the knee joint, causing a painful wound.

On the 11th of April of that year a party of some 18 men, in the employ of George Faithful and William Faithfull, were searching out new land to the south of Wangaratta. Then, in the vicinity of, or possibly on, the present townsite of Benalla, it is alleged that a large number of Aborigines attacked the party’s camp. At least one Koori and somewhere between eight and thirteen Europeans died in what became known as the Faithfull Massacre. Local reprisals lasted a number of years, resulting in the deaths of up to 100 Aborigines. The reason for the attack is unclear although some sources claim that the men took shots at local Aborigines and generally provoked them. It also seems they were camping on a hunting ground Additional murders of these people occurred at Warangaratta on the Ovens River, at Murchison (led by the native police under Dana and in the company of the young Edward Curr, who could not bring himself to discuss what he witnessed there other than to say he took issue with the official reports) Other incidents were recorded Mitchelton and Toolamba. This “hunting ground” would have been a ceremonial ground probably called a ‘Kangaroo ground’. Hunting grounds were all over so not something that would instigate an attack. The colonial government decided to “open up” the lands south of Yass after the Faithful Massacre and bring them under British rule. This was as much to try and protect the Aboriginal people from reprisals as to open up new lands for the colonists. The Aboriginal people were (supposedly) protected under British law. 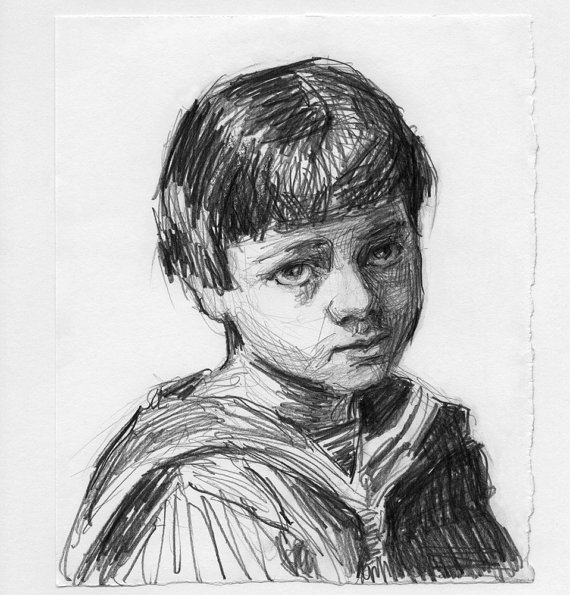 A little girl, Jessie Lewis, who had been arrested for begging in the streets about five weeks ago, and was found to be suffering from disease, was brought before the Geelong City Court on this day, on remand. Having been in the Geelong gaol for a month, the improved diet and quiet life had produced a very material difference in her appearance, and, from being a revolting unkempt spectacle, she had been converted into a clean and somewhat good looking child. The Bench lectured the parents of the girl for allowing her to live about the streets as they had done, but they did not seem much affected, that she was beyond their control. The magistrates sent her to the industrial schools for five years, and ordered that the father be summoned to contribute towards her support. The parents had the effrontery then to ask that the clothes worn by tho child should be given up to them on her entering the schools, but the request was of course refused.

Chas. Henry Deutchmann was executed in the Ballarat gaol this morning for murdering his wife at Dobie’s, near Ararat, on April 11. Death was instantaneous. Deutchmann slept from 11 o’clock last night until 2 o’clock this morning. He then became restless, but he took a good breakfast. His last words on the scaffold were, “Good-bye! God forgive me! Good-bye I” 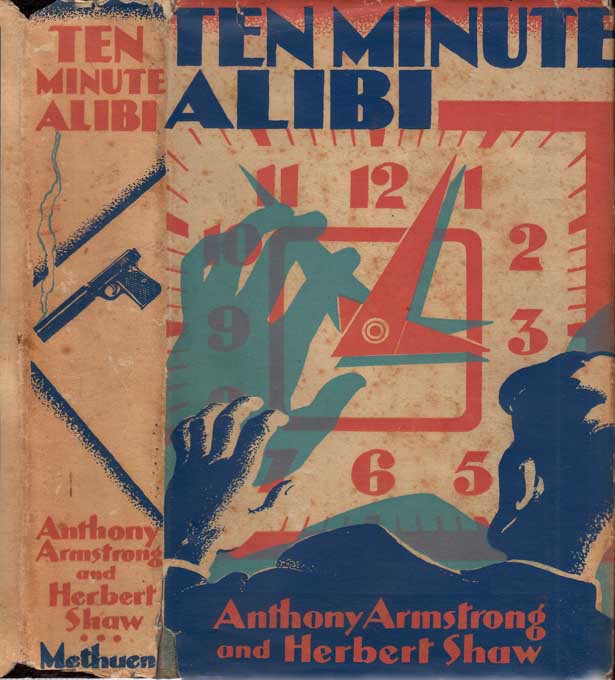 On board the Orama, due at Melbourne on April 9, is George Thirlwell, a well-known English actor, who has been engaged to appear in the first production in Australia of “Ten Minute Alibi” to be given in Melbourne in the middle of April. Mr Thirlwell was in the cast of “Overture” and “The Little Napoleon” in London, where he also appeared in “Othello.” He played a prominent part, too in the Fox picture, “The Laughter of Fools,” based on the stage play of the same name, in which the late John D. O’Hara appeared in Australia.

At the Morgue on April 9, the Coroner (Dr. Cole) opened on inquiry into the circumstances surrounding the death of William George Trott, a caretaker, 50 years of age.

The deceased, was discovered in Menzies’ Alley at the back of the Empire Hotel on April 3 suffering a fractured skull, having apparently fallen 16ft from his bedroom window, which was immediately above the spot where he was discovered.

Henry Halliwell, a clerk in the employ of the New Zealand Loan and Mercantile Agency Co., stated that Trott had been in the company’s employ for a number of years. To the Coroner He was a widower, and was always considered by the firm a sober man. He never had fits.

Jane Jensen, a married woman, residing at the Empire Hotel, stated that Trott had been residing at the hotel for the past three years. Witness, continuing, stated that she last saw the deceased alive at closing time on Saturday night. He was then standing at the foot of the stairs preparatory to going to bed.

Dr. Thomas Hurley, of the Melbourne Hospital, stated that he admitted Trott to the institution on April 3 suffering from a fractured thigh and skull and internal Injuries. He smelt very strongly of stale beer when admitted, and died two days later from the effects of his injuries.

The inquiry was adjourned for further evidence to be obtained.

From across the Tasman came the following account from a Balclutha correspondent as retold in Hobart’s Daily Post on 9 April 1912. “A somewhat remarkable phenomenon was observed. “An easterly rain fell more or less heavily all the afternoon, and just about midday there was an extra heavy downpour of misty, thick rain, after which the ground was found to be in places thickly covered with particles of a jelly-fish-like substance. The largest about the size and shape of the fingernail on the little finger. “They gradually melted away and disappeared in an hour or two. They were semitransparent, like blobs of jelly, and were evidently the lowest form of animal life, known scientifically as a protoplasmic form of amoebae. How they came to be in the air is a question for theorists. A possible theory is that they were caught up in a terrific storm, or sent up by a marine eruption.” 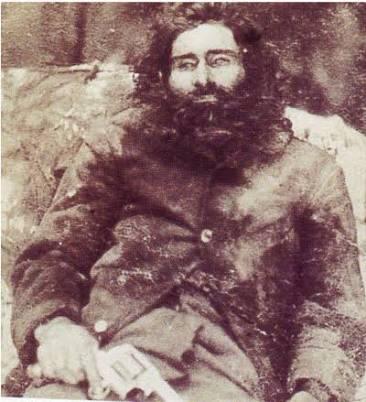 The notorious bushranger Dan Morgan was shot on this day in 1865, at a homestead at Peechelba. He layed wounded for a number of hours with out medical attention, before dying at 2:15pm. His body was taken to the woolshed, and placed on public display. Photographers from Beechworth and Chiltern arrived and took photos of his corpse. John Wendlan, the man who shot him also had his photo taken. Pieces of Morgan’s beard and hair began to disappear to souvenir hunters.

Neville Currey, aged 29 years, manufacturing chemist, was charged with manslaughter in connection with the death of William Charles Lyte on this day in 1927. Evidence was given that Currey was driving a car at Malvern when he knocked down and killed Lyte, who was 60 years of age. After the accident Currey continued on and was pursued for a distance of two miles by another car driven by Miss Florence Mitchell. Currey’s car number was obtained, and he was later arrested by the police. In evidence Currey said that he was unaware of the fact that his car had knocked the old man down. He had a quantity of tackle in the rear of his car, and he suggested that the noise of this rattling had prevented him from hearing the noise of the collision. It was contended by the Crown that Currey was guilty of negligence in not keeping a proper look out when driving. After a brief retirement the jury returned a verdict if not guilty and Currey was discharged.

Steve O’Brien met with a painful accident on this day in 1910. Whilst standing by a wagon the horse moved, and the wheel passed over his right foot, the toes of which were cut off. 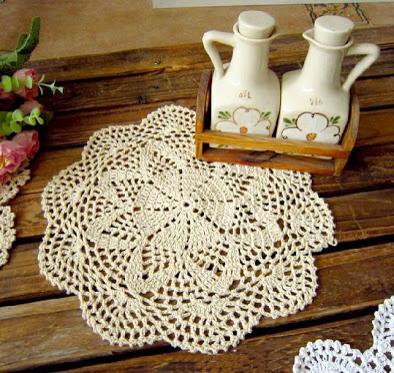 Smoke rising from a smouldering doily in a Kalgoorlie Hotel, Western Australia, on the 9th April 1950 solved a month long mystery. Doilies were being continually replaced in one room because of burn marks, and the rooms long term occupant, a male non smoker, was nevertheless admonished for carelessly leaving lit cigarettes on the table top, causing damage. He protested his innocence and blamed the hotel staff for being careless with cigarettes while making the bed. They too protested their innocence. The mystery however was solved when the boarder happened to look up from his news paper and saw the doily smoking. He was able to prove that the scorch marks were caused by sun’s rays been magnified though a water carafe.

Previously serving in state parliament for seven years, Watson was elected to federal parliament at the inaugural 1901 election, where the state Labour parties received a combined 15.8 percent of the first past the post primary vote against two more dominant parties. The Caucus chose Watson as the inaugural parliamentary leader of the Labour Party on the 8th of May 1901, just in time for the first meeting of parliament. Labour led by Watson increased their vote to 31 percent at the 1903 election and 36.6 percent at the 1906 election. From the first election, Labour held the balance of power, giving support to Protectionist Party legislation in exchange for concessions to enact the Labour Party policy platform. Watson’s term as Prime Minister was brief only four months, between the 27th of April and the 18th of August 1904. He resigned as Labour leader in 1907 and retired from Parliament in 1910. Labour, led by Andrew Fisher would go on to win the 1910 election with 50 percent of the primary vote, ushering in Australia’s first elected majority government, and also the first elected Senate majority. Watson with others were later expelled from the party he helped found over the issue of conscription for World War I.

According to Percival Serle, Watson “left a much greater impression on his time than this would suggest. He came at the right moment for his party, and nothing could have done it more good than the sincerity, courtesy and moderation which he always showed as a leader”. Alfred Deakin wrote of Watson: “The Labour section has much cause for gratitude to Mr Watson, the leader whose tact and judgement have enabled it to achieve many of its Parliamentary successes”.