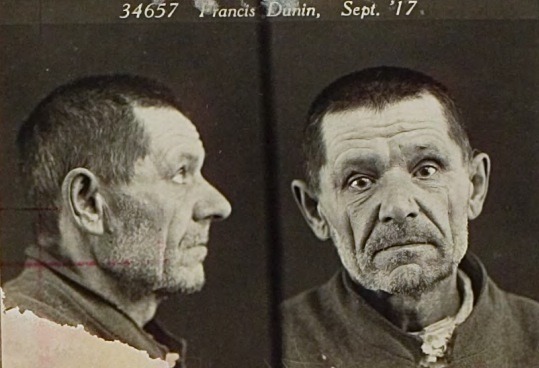 Francis Dunin charged with the murder of Thomas Roberts at Cassilis by shooting on June the 9th was found guilty by a jury in the Supreme Court, after twenty minutes retirement. The jury added a rider that when accused shot through the door he had only intended to injure, not kill, Roberts. Sentence of death was passed by Mr Justice Cussen. Mr Leon prosecuted. Mr Maxwell, who defended accused, called no witnesses, but argued that the case was one of manslaughter.