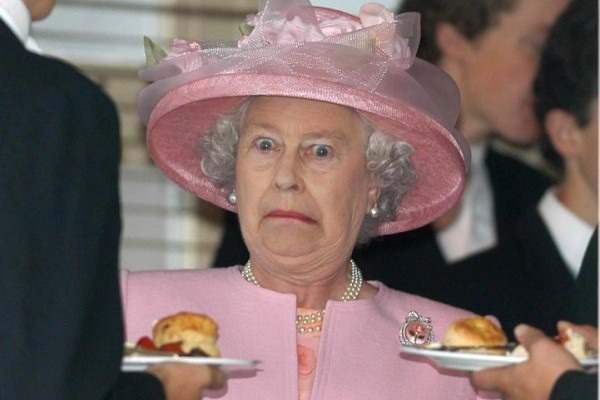 On the 21st of April, The Queen celebrates her birthday, although her “official” birthday is celebrated on the 11th June. To celebrate her special day, Twisted History would like to share five unusual facts about Queens Elizabeth II.

1) In 2015, Elizabeth II become the longest reigning Brittish monarch taking the honour from her Great Grandmother Queen Victoria. All though Elizabeth II has a way to go, before she overtakes the record of the world’s longest serving monarch. King Sobhuza II ruled Swaziland for an incredible 82 years from 10.12.1899 to 21.08.1982.

2) The queen once demoted a footman for giving her corgis whiskey.

3) Elizabeth II is believed to be the only monarch in British history who has been properly trained to change a flat tyre or a spark plug having served in the wartime ATS as 2nd Lieutenant Elizabeth Windsor.

4) Elizabeth II retains ownership of all unmarked mute swans in open water. Technically, the Queen also owns all the dolphins, whales and sturgeons within 3 miles of UK shores.

5) The official wedding cake at the Queen’s wedding was made by McVitie and Price Ltd, using ingredients given as a wedding gift by the Australian Girl Guides Association.