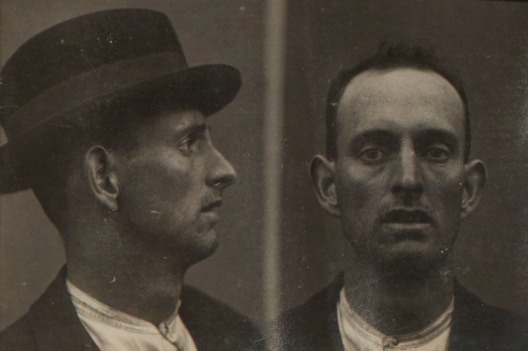 Charged with the manslaughter of John Brown, a labourer of Footscray, at Benalla on June 17 Ernest Walker of Footscray, a labourer, aged 34 years appeared before Mr Justice Wasley in the Criminal Court. Mr Book, Crown prosecutor, appeared for the Crown, and Walker was defended by Mr Winchester. The Crown case was that on June 17, Brown and Walker were in the Benalla district looking for work. They had camped in a shed on the racecourse and had been drinking. On the road near the racecourse a quarrel arose between Brown and Walker over the purchase of a loaf of bread. Brown kicked at Walker and Walker kicked Brown in the chest. Walker followed the kick with two blows on the head. Brown fell to the ground, and Hector William McLennan and Harold Francis Perins, who had been rabbit trapping in the district sent for the police. Plain-clothes Constable Loh went to the spot and found that Brown was dead. The Crown suggested that the two blows on the held had killed him. Loh and Constable O’Farrell went to the shed where they saw Walker asleep on some hay. Asked if he had taken part in a fight Walker said “No the other man fought me.” When he was taken back to the body Walker said “I did not mean to kill him, he was my best friend”. Walker on oath said:- “We were good friends but on this day we had been drinking. I gave him some money to buy bread, and later I asked him if he had bought it. He said that he had not and a row started. He made a kick at me and I struck him once. I did not kick him”. Walker was sentenced to 6 months prison at Pentridge.

TRAPPED BY A WARDROBE