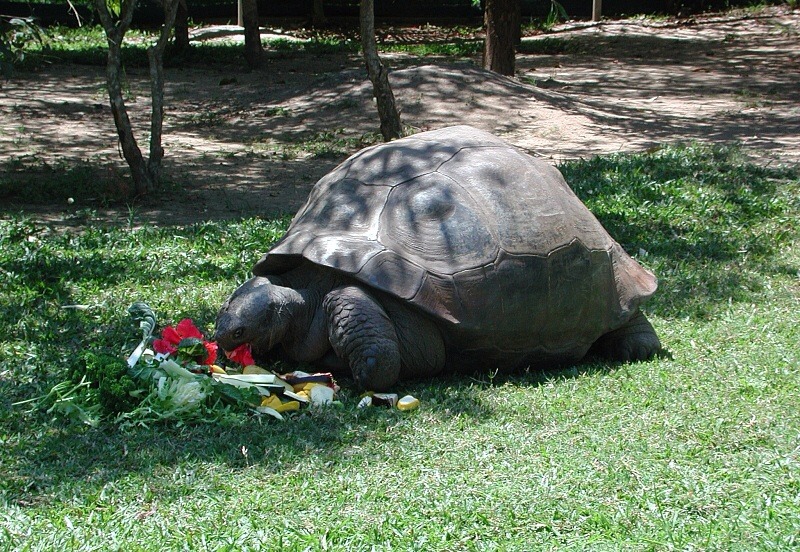 “Harriet” was a Giant Galapagos tortoise, at least 176 years old, which resided at Steve Irwin’s Australia Zoo near Beerwah, Queensland, Australia. Believed for one hundred years to have been a male, she was the world’s oldest living chelonian in captivity. A chelonian is a reptile with a shell or bony plates. The giant tortoise was taken from the Galapagos Islands by naturalist Charles Darwin in 1835 as a personal pet during his five-year voyage on the HMS Beagle. On that voyage was a young naval officer, John Clements Wickham. After studying Harriet whilst formulating his theory of evolution, Darwin handed the tortoise on to Wickham when the latter sailed for Brisbane to take up a post as police magistrate. Over the years, the tortoise was carefully tended, and in 1958, was moved to naturalist David Fleay’s wildlife park on the Gold Coast. She was moved to Australia Zoo on the Sunshine Coast in 1987 where she enjoyed celebrity status until her death on 23 June 2006.