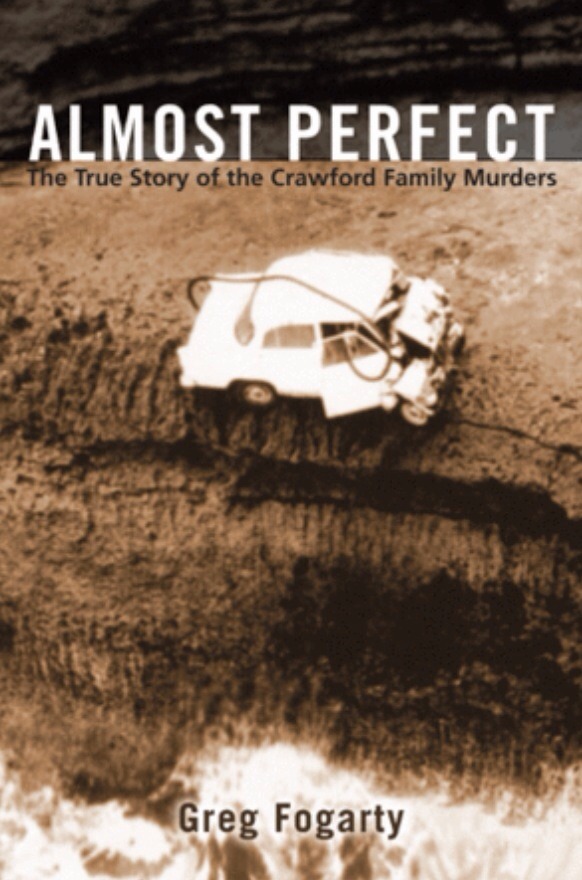 To all our fellow crime fans, it’s not every day on the anniversary of a Victorian murder we can share a book which has been published. But for the Crawford Family Murders in Cardinal Rd, Glenroy, on the 1st of July 1970, we do………..

On July 2, 1970, tourists in Australia spotted a smashed car, teetering precariously on a cliff edge, overlooking the raging ocean below. It seemed the car would fall into the water at any moment, but the car lingered … as did a mystery, revealed when police traced the license plate to the Crawford household. Here, the police discovered the shocking truth: a mother and her three children had been murdered, with the husband and father—now missing—the main suspect.
The quadruple homicide sent a wave of panic through Australia. Where was the husband? And what would make a father kill his own children? There was much speculation but few answers, as the Crawford patriarch remained missing. Forty years passed—forty years of “Australia’s Most Wanted,” police dead ends, and silence … until an unidentified body appears in a Texas morgue.

Almost Perfect is the firsthand look at a terrible crime from the perspective of Greg Fogarty—a neighbor to the Crawford family and later a member of the Victoria Police Force, Australia. Using his skills of observation and investigation, Fogarty has put together a tragic and detailed crime narrative with a shocking conclusion. Could a morgue in San Angelo, Texas, hold the body of Australia’s most sought-after murderer … or will the Crawford homicide remain unsolved forever?