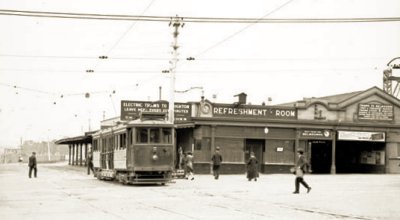 After two weeks of investigation following a tragedy outside the St. Kilda railway station on July 2, when a woman was killed, and two other persons were injured, a man was arrested early this morning and charged with murder. The man was Francis Daniel Egan, aged 36 years, car salesman, of Hennessy avenue, Elwood. Egan was charged at the South Melbourne watch-house with having murdered Mrs. Kathleen Mary Shaw, aged 55 years, of St. Kilda road, who was the woman killed when a utility truck struck three people at a tram stop In Fitzroy street, St. Kilda, at 11 p.m. on July 2.  Egan will be presented at the South Melbourne Court this morning for remand.

How well do you know our Prime Ministers of Australia…….
Scroll to top Book online now!