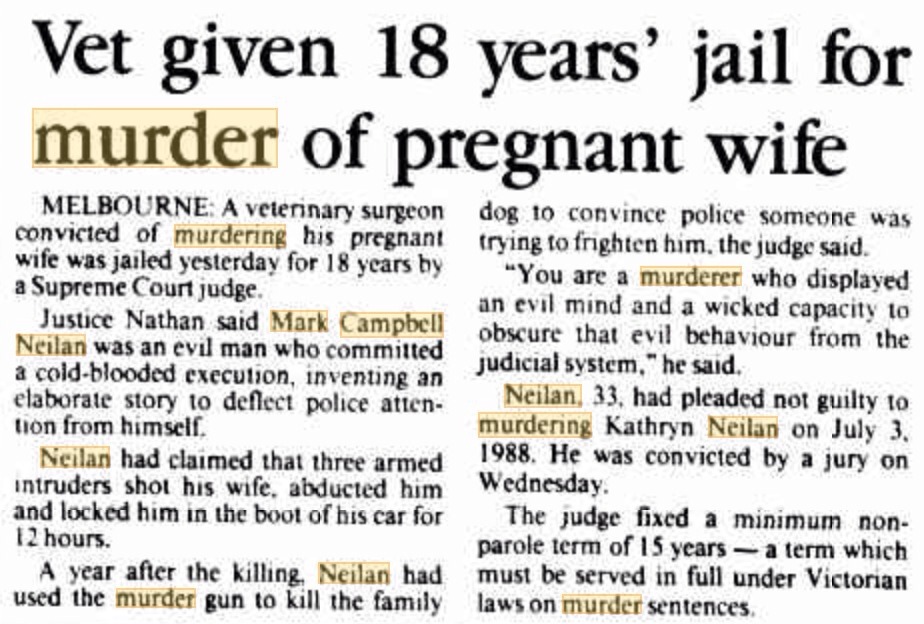 A veterinary surgeon convicted of murdering his pregnant wife was gaoled for 18 years by a Supreme Court judge. Justice Nathan said Mark Campbell Neilan was an evil man who committed a cold-blooded execution, inventing an elaborate story to deflect police attention from himself. Neilan had claimed that three armed intruders shot his wife, abducted him and locked him in the boot of his car for 12 hours. A year after the killing, Neilan had used the murder gun to kill the family dog to convince police someone was trying to frighten him, the judge said. “You are a murderer who displayed an evil mind and a wicked capacity to obscure that evil behaviour from the judicial system,” he said. Neilan, 33, had pleaded not guilty to murdering Kathryn Neilan on July 3, 1988. He was convicted by a jury. The judge fixed a minimum non parole term of 15 years – a term which must be served in full under Victorian laws on murder sentences.