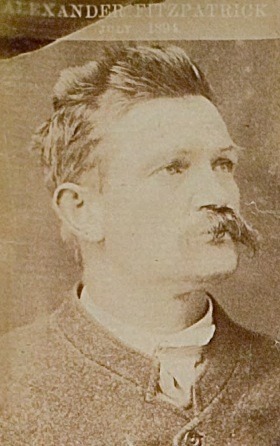 A leading player from the Kelly drama of a decade earlier appeared in the Melbourne Court on this day in 1894. Alexander Fitzpatrick, the form police constable who had set off the Kelly outbreak in 1878, appeared to face charge of obtaining money by false pretences, by presenting a dud cheque to the licensee of the Scaracen’s Head Hotel in Bourke Street, Melbourne. He was committed for trail and subsequently sentenced to twelve months gaol.