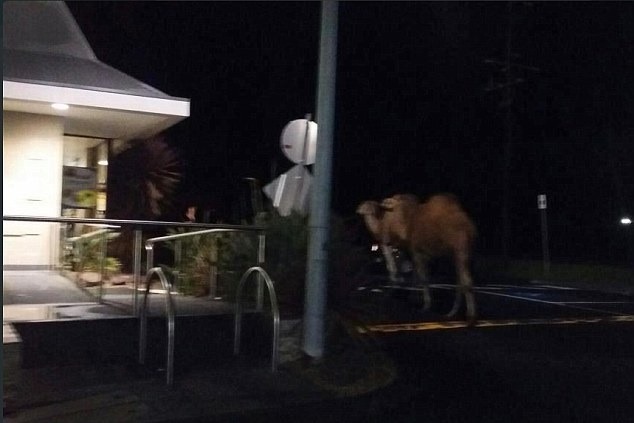 Three camels hoofed it from a circus in Melbourne’s south-east, leading police on an early morning camel muster on Thursday. Police were called to a service station on Princes Highway in Narre Warren just before 4am, where the three camels were munching on trees, a police spokeswoman said. Officers kept the camels off the road until circus staff arrived to take them home, about 300 metres up the highway, but not before posing for a “selfie” with the animals. “We’ve had cows and sheep and everything like that, but we’ve never had camels,” constable Steven Pope told radio station 3AW. “It was definitely a first.”