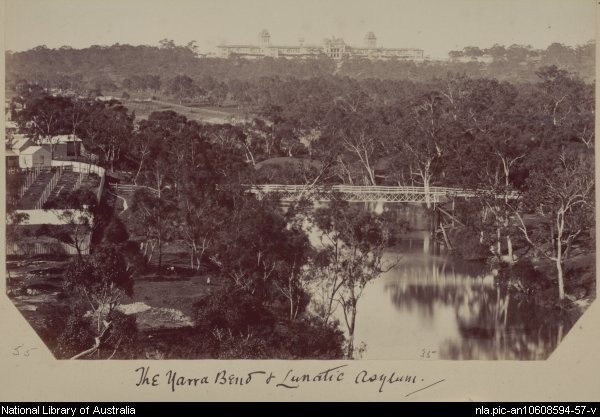 A man who first gave the name of Daniel Reardon, but after being arrested the police found his real name was Dillan Mackay, was before the Albary court on the 11th July 1905, on a charge of being of Unsound mind. When his name was
called he stared his arms dramatically and loudly sang ‘The Battle of the
Boyne Walter. The man alleged he had escaped from Yarra Bend lunatic Asylum.