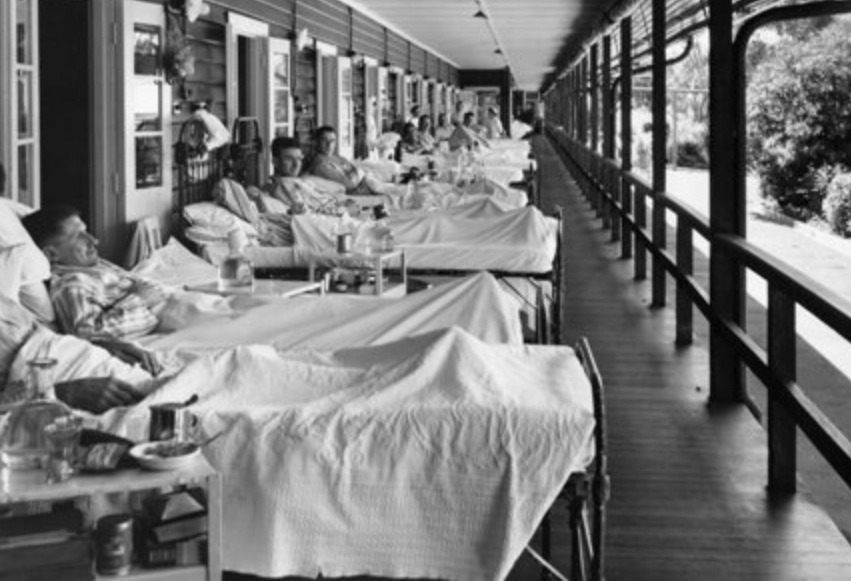 George Fuller alias Fairburn (41), an invalid convict, who escaped from the Gresswell sanatorium at Mont Park was arrested at Albury 12th of July 1934. Though in the advanced stage of T.B., and given only a few weeks to live by the doctor, he travelled much of the way to Albury on foot and was pitifully weak from exposure and lack of food. He staggered, into the local hospital so weak and ill that he could scarcely stand up. He asked to see the police. He is now in the local hospital in a critical condition.