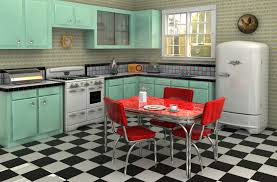 A slight, auburn haired woman yesterday had a 25th birthday she will never forget. She was acquitted in the Criminal Court of the murder of her 17 month old daughter.

Mrs Hughann Legget Prescott, of Murphy Street, Gardenvale, had pleaded not guilty to the charge before Mr. Justice Little and a jury. In a three day trial the Crown claimed that Mrs Prescott had attempted to take her own life and that of her daughter, Elizabeth Louise. Mrs Prescott was found beside the body of her daughter in the gas filled kitchen of their home in Gardenvale on July 13 this year. Eight days previously, Mrs Prescott’s husband, Peter, had gassed himself in the same kitchen after an argument over financial matters. She blamed herself for her husband’s death,

Crown witnesses told the court. Mr. E.D. Lloyd (for Mrs Prescott) did not lead any evidence in defence, but relied on his final address to the jury yesterday. Mr Lloyd told the jury that in 70 years of trying cases in the Criminal Court there had never been a case like this. “It would be cruel, unjust and wrong to convict this woman of wilful murder as it would be the culmination of a long series of wrongs done to her. A gift of £1900 from Mrs Prescott senior to buy a house had to be repaid within three years with interest. If they would not do this, Mrs Prescott threatened to take legal action,” Mr Lloyd said. He said that by some strange irony of fate this little woman was on trial for murder on her 25th birthday. Never Known “For the rest of your lives how will you know that the door inside the house from the kitchen, which was not locked, might not have swung open? And the little girl, driven by the most basic urge of all – mother love – came in and laid down by her mother, who was at this stage affected by the gas?” Mr Lloyd asked the jury. Mr J F Moloney appeared for the Crown.