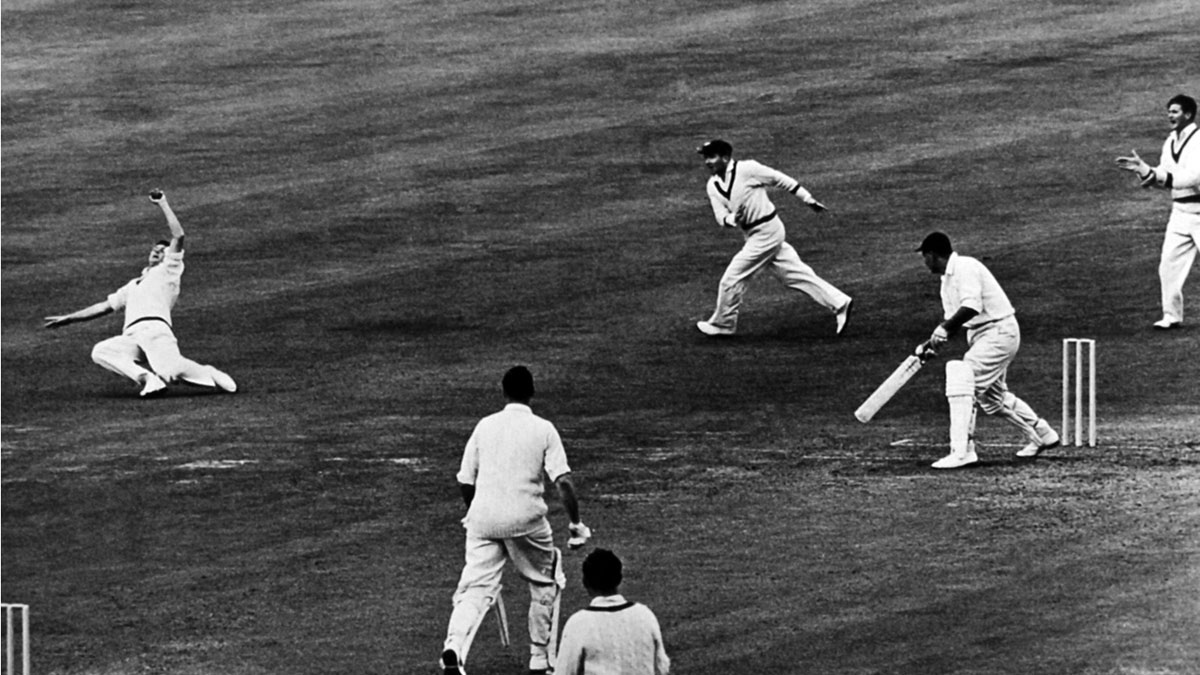 Both the Crown Prosecutor and the defence council challenged statements by a Crown witness yesterday at the murder trial of John Alfred Somerville in the Criminal Court. He was charged following the death of an Englishman, George Neville Eastham, 27 at Crimea Street, St Kilda, on July 13 last year. Because Eastham’s death resulted from an alleged stabbing following an argument over the prospects of the Australian and English sides in the Test matches, the fatality was dubbed the “Test match murder”. Somerville, a clerk, also of Crimea Street, St Kilda, pleaded not guilty. He is being defended by Mr F. Galbally.

A Crown witness, William Frank Paull, 30, a clerk, who at the time lived at the same address, yesterday refused to answer certain questions and also denied statements allegedly made by him to the police. In the absence of the jury, the Crown Prosecutor (Mr. W. Irvine) made an application to have Paull treated as a hostile witness but Mr Justice Barry declined to grant the application. When the jury was returned and Paull was further examined by Mr. Irvine regarding certain statements. Mr. Justice Barry told the witness that if he felt he might incriminate himself by answering he should remain silent. During cross-examination by Mr. Galbally, Paull admitted he had been in custody at Pentridge because police thought he might abscond. He also admitted he had recently sold his car and changed his name and address. In Custody He was brought into court from custody and returned into custody at the conclusion of the hearing yesterday. During cross-examination Mr. Galbally said: “I put it to you that you stabbed Eastham yourself”. Judge Barry: You need not answer that question Mr Galbally (to Paull): Do you prefer not to answer or will you say : “Yes it’s the truth?” Witness remained silent. The Crown alleged that on the night of July 13, last year, Somerville and Paull were in a room they shared in the boarding house in Crimea Street, St. Kilda. Eastham had entered the room and he and Somerville began to argue about the Test match prospects. According to the Crown, Somerville said to Eastham: “You are like the rest of the Pommies and I haven’t any time for you” Eastham then struck Somerville on the nose, knocking him down. He then left and went to his own room. The prosecution alleges that while Paull was away getting some water, Somerville armed himself with a small vegetable knife and went to Eastham’s room. Later Paull allegedly saw the two men struggling on a bed in Eastham’s room. He went in and pulled Eastham off the bed and took Somerville back to their room. Collapsed Paull had told the police that he saw Eastham crawl out of his room and collapse. He went to him and saw that he was bleeding from the chest. He then called a doctor. In a statement, the Crown alleged, Somerville said that after he had been punched in the nose: “I went wild, went to the kitchen and got a small knife. I then went to Neville’s room to have it out with him. I had the knife and there was a struggle. After that I don’t know what happened.” The trial will continue this morning.