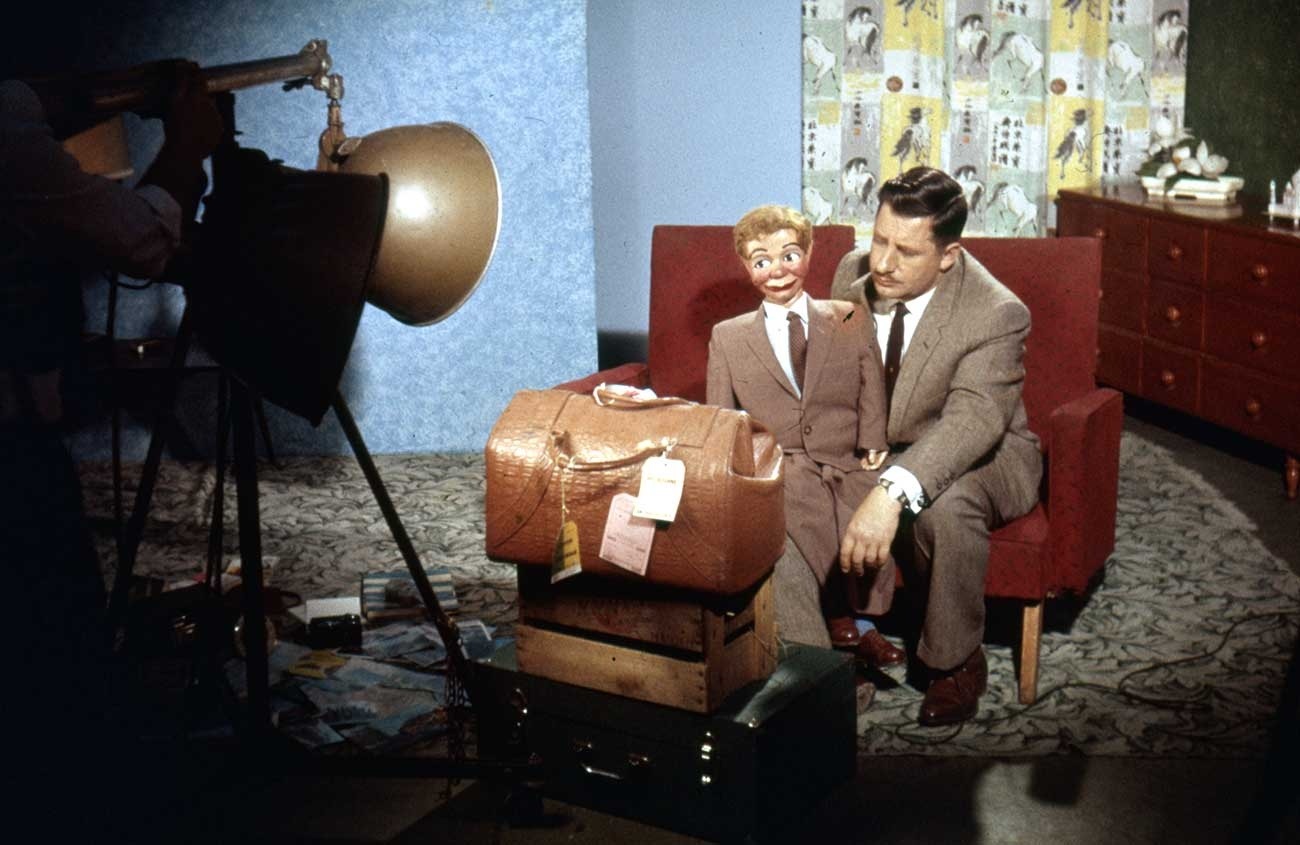 Around the World with Gerry Gee was the idea by director Denzil Howson and Ron Blasket ventriloquist in 1962. The idea was to film a show around Gerry Gee travel adventure around the would filming in Singapore, Italy and England.

Denzil Howson got sponsorship assistance of Air India, the Australian Department of Trade, and Tarax, which financed a six-week world trip to produce this series.

On our later arrival in London, Customs at Heathrow insisted on me opening one of my cases. It was the one containing Gerry Gee and soon the whole Customs hall was in uproar as Ron Bladkett brought him out talking.

Gerry was filmed in London at all the famous locations and with Cornel Wilde (the film star) at Pinewood Studios.