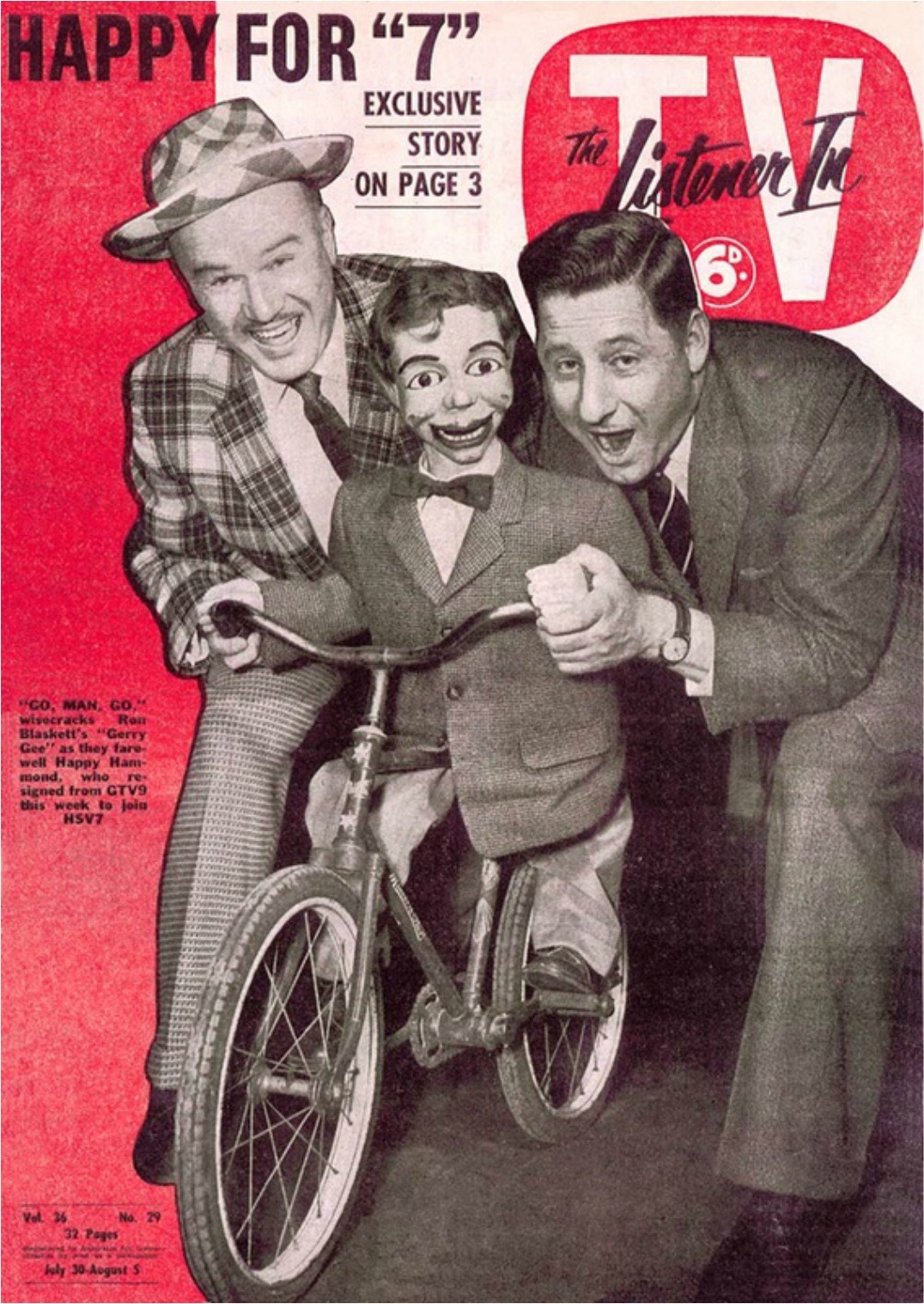 The Adventures of Gerry Gee was the idea by director Denzil Howson to give the children’s audience a more realistic feel of Gerry being a living moving boy. In these story lines Gerry was seen driving Puffing Billy Steam Train, flying a real aeroplane and other clever story line.

This was accomplished by using a boy, John Field a 9 year old boy wearing a face mask of Gerry and dressed the same as Gerry in all the long shots, cutting these with close-ups of the real Gerry Gee puppet.

One of the most popular story lines was “Pimpernel Gee”, in which Gerry played the part of the French Scarlet Pimpernel, based on the book by Baroness Orczy. Gerry wore a coiffured wig and velvet frock clothes of the period and had available a coach and horse which we used to simulate the saving of the French aristocrats from the guillotine.

Fans of Baroness Orczy’s series will recall the English lord, Sir Percy Blakeney (who was made out to be a thick, foppish English aristocrat, but was in reality the Scarlet Pimpernel), whisking away people to the sanctuary of England from the French Revolution. The story was originally made on film with Leslie Howard, Merle Oberon and Raymond Massey as the villain, “Citizen Chauvelin”, a part played by Frank Rich in our version. Gerry, acting as the English lord Sir Percy, was a riot. Raising the monocle to the eye and reciting the famous lines:

They seek him here
They seek him there
Those Frenchmen seek him everywhere
Is he in heaven?
Or is he in hell?
That damned elusive Pimpernel!

Denzil Howson wrote, directed and produced all of these films and they were a success due to his effort and talent.

In October 1991, Denzil Howson and Ron Blaskett were called into channel 9, because lost film archives of The Adventures of Gerry Gee was found. The footage had been missing for 25 years.