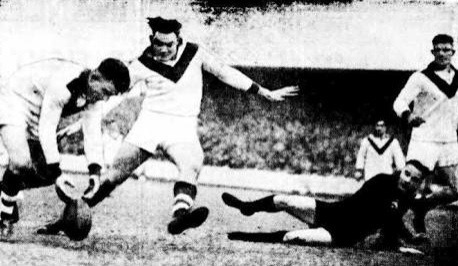 During an Football match in Brighton, in Victoria in the early 1920s, Arthur Hando, who later played for South Melbourne, products a mighty kick which sent the ball high out of the ground and straight in through the open window of a passing train. It was never returned, despite frequent checks with the Lost Property Office.