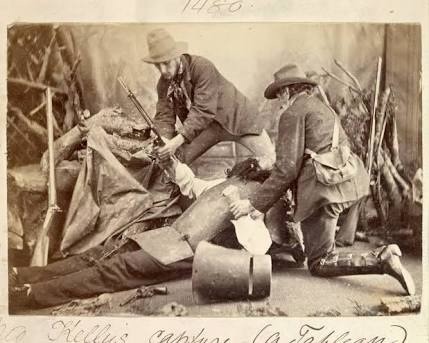 After a failed attempt to derail a police train, and the shootout that followed, Ned Kelly was taken into custody at Glenrowan in June 1880. To capitalise on his capture, photographer William Burman staged a re-enactment within weeks, having replicated the notorious bushranger’s homemade suit of armour. The copyright laws at the time meant that photographers could patent their images and charge for each individual use. Kelly remained a subject of intense public interest until his execution, 13 days after his trial, on November 11, 1880.