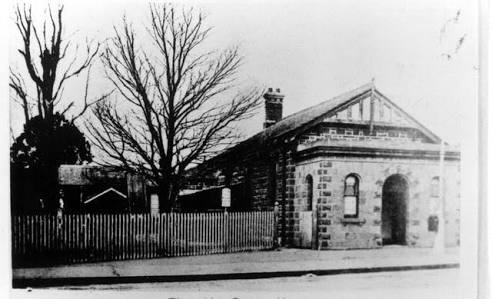 Brunswick Court was crowded on July 22 when Frank White, 22, a wood machinist, appeared on remand on a charge of having inflicted grievous bodily harm upon Richard Wood, baker, of Audley street. East Brunswick, on Saturday night, July 11. The charge was altered to one of murder, and White was further remanded. The Bench was occupied by Mr Read Murphv. P.M. (chairman), and Messrs Allard, Dowsley and Fleming-. J’s.P. Sergeant P. McLoughlin stated that Wood had died in the Melbourne Hospital as the result of depressed fracture of the skull, alleged to have been caused by a blow with a bottle from White.  Mr R. G. Greene applied to Mr Justice Hodges, in the Supreme Court, for bail, which had been refused by the Brunswick magistrates. Bail was granted in two sureties of £5 00 each, and White’s own bond of £1000.

Serial Killers and what to look for
Scroll to top Book online now!