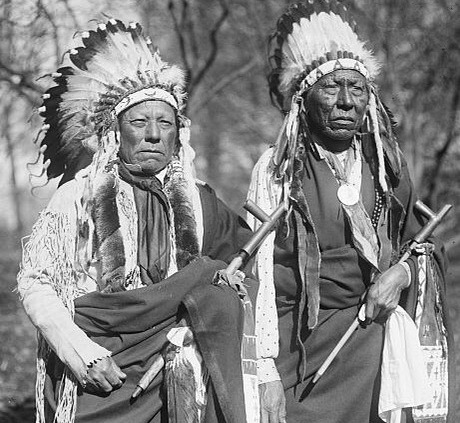 On this day in 1891, a bizarre scene on the streets of Sydney wandering in the streets of Kings Cross, looking quite out of place, even in an area noted for its variety of human eccentricity, were two North American Red Indian Chiefs, apparently lost, unable to find their way back to their teepee, which was located at some distance, where the Wirth’s Circus was playing. The two men, American Bear and Eagle Elk, had been brought to Australia by the circus. Their presence in Kings Cross was alarming the locals, and the pale faces were attacking the Indians. Friendless, a fellow North American came to rescue them from their attackers. In a charming twist of history, their rescuer turned out to be a retiredUS Cavalry Captain on holidays in Sydney.