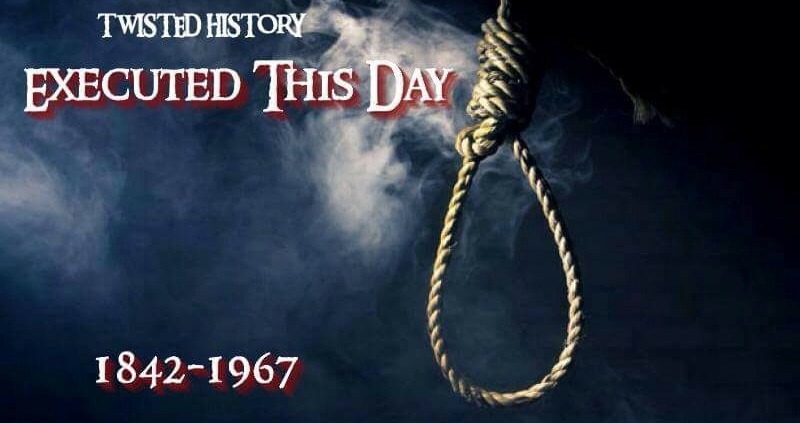 Richard Rowley, who was sentenced to death at the Supreme Court on the 18th instant, for a violent and premeditated assault, with intent to murder, committed by him on Denis Kilmartin, one of the overseers at the Pentridge Stockade, on the 25th of June, suffered the extreme penalty of the law at 10 o’clock yesterday morning at the Melbourne Gaol.  The unhappy man, since his conviction has been attended by the Rev. Mr. Studdert, the Gaol Chaplain, and the Rev. Mr. Bryan, the Chaplain at Pentridge. He expressed a deep contrition for the offence of which he was found guilty, and at the last moment died penitent. On being summoned by the Sheriff from his cell, precisely at 10 o’clock, he walked out, pale, but with a firm step. His arms having been pinioned by the executioner, the mournful procession walked slowly down the passage towards the scaffold, the Burial Service being read by Mr. Bryan. Rowley mounted the steps leading to the drop without hesitation or apparent fear; he had evidently braced his nerves and summoned all his resolution to meet his impending fate with firmness. On reaching the drop he knelt and prayed. When he rose his countenance was blanched, but apparently not from terror at the dreadful apparatus of death on which he stood. He turned round to his minister, and bade him good-by, and then, noticing the Governor of the Gaol, said, “Goodby, Mr. Wintle.” These were the last words he uttered. A white cap was then drawn down tightly over his face, and a few moments later — the only sound now heard being the solemn voice of the clergyman repeating the service for the dead—the bolt was drawn, and the wretched man was launched into eternity. A slight convulsive shudder ran through his frame, and in a few moments he ceased to live, death taking place in 42 seconds from the time of his fall. He was cut down at 11 o’clock. Shortly afterwards, an inquest was held on the body by the City

The deceased was a native of Greenwich, and was born in 1824. At 13 years of age, having been tried and convicted of a robbery, committed by him in London, he was transported to Van Diemen’s Land for a period of seven years. He has since repeatedly been sentenced to various terms of imprisonment in this colony for numerous thefts. At the time of his committing the offence which has led to his execution he was confined in the Pentridge Stockade under cumulative sentences, altogether making a term of 32 years’ imprisonment. It would seem to be the knowledge of this fact, and despair of ever regaining his liberty, which led him to the commission of the deed for which he suffered. The unhappy man stated that he had been brutally ill-treated by his overseer Kilmartin, at the Stockade. There do not, however, appear to be any grounds for supposing such a statement to be correct, and it will also be remembered that Rowley made this statement in a moment of great excitement at his trial, but he never subsequently alluded to it in calmer moments. Kilmartin was frightfully injured in the desperate affray, in which also Mr. Mitchell, another overseer, was severely wounded by the wretched criminal.