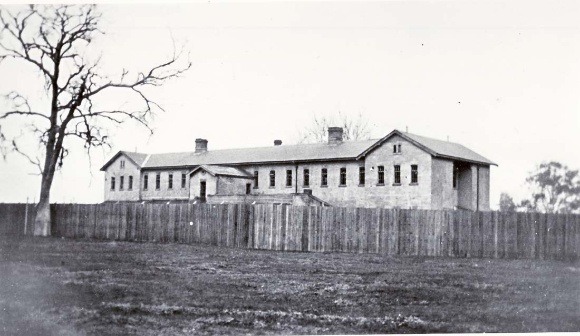 A lunatic named James Ryan escaped from the Yarra Bend Lunatic Asylum some time on Friday. Ryan was found guilty of endeavouring to derail a train on the Broadmeadows line some time ago, and on the medical evidence he was ordered detention during the pleasure of His Excellency the governor. He is a criminal lunatic, and was convicted for prior offences. When he escaped he was dressed in asylum clothes, and wore a black felt hat and blucher boots. Ryan is 47 years of age, 5ft. 10in. in height, stoutly built, and is full faced, with black hair and moustache turning grey. Some teeth are missing in the upper jaw.