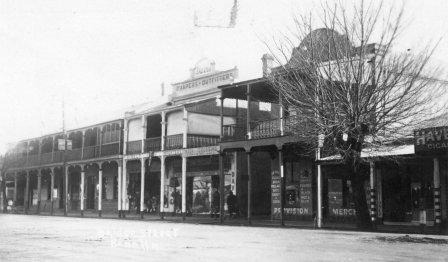 Following the finding of Mrs. Mary Rebecca Woodbury (47) lying on the floor of the bathroom of her home in Egmont street, Benalla, with fatal throat wounds, caused by a blade razor, detectives early to-day arrested Denis Woodbury (47), and charged him with the murder of his wife. On arrival at the house yesterday, the police said there were signs of a struggle in several rooms, and that a handle had been broken off one of the doors. It was stated that the couple had been married for three years.