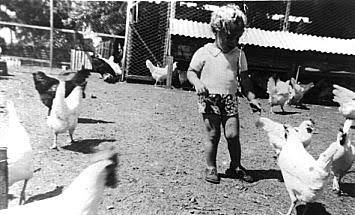 When acquaintances of Allan William Paul Rose, poultry farmer, of Seamore Road, Box Hill, entered his house on July 30, last, they found him dead with his skull battered as a result of 17 injuries. Today, Alexander Arthur Fleming (28), of Cairo Road, Box Hill, builder’s laborer, was charged with having murdered Rose. The case came before Mr. Justice McFarlan and jury in the Criminal Court. Among exhibits was a piece of iron about 18 inches in length. The Crown alleged that this was the weapon which was used to batter Rose’s skull. Mr. Sproule, K.C., for the Crown, said Rose lived by himself in a little cottage in a rather isolated portion of the street. On Tuesday, July 29, he was seen going to the pictures in Box Hill, as was his custom of a Tuesday night. This was the last time he was seen alive by anyone except his assailant. About 10 o’clock next morning a man called at Rose’s house and saw a hat under the hedge. He received no answer to his call. Later in the day he called again, and found the works of a wristlet watch on the concrete drive. The watch had stopped at 11.20 o’clock. With another man, he entered the house. He found Rose dead on the floor, which was covered with blood. Mr. Sproule said that when Fleming was first questioned by the police, he admitted borrowing £2 from Rose. Later, to Detective Mooney, Fleming said: “Yes, I did it and I admit it.” Mr. Sproule said Fleming made a statement to the police in which he allegedly said he approached Rose on the night of July 29 with a request for a loan, which was refused. The alleged statement described a fight between Rose and Fleming. In the statement, Fleming said he struck Rose a couple of times with an iron bar. When Rose refused to lend him money he “did his block.” The case was adjourned until tomorrow.