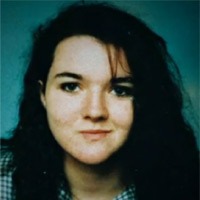 Detective Chief Inspector Peter Halloran, of the Homicide Squad, said there were similarities between the killing and the stabbing murders of two women in the Frankston area in the last seven weeks. “Examinations show that she died as a result of stab wounds or knife wounds to the upper body,” Inspector Halloran said. “At this early stage we are open-minded about it but there are similarities between this and the two recent murders,” he said. Debbie Fream, a 22-year-old mother, was found slain in the area three weeks ago, and the body of an 18-year-old student, Elizabeth Anne-Marie Stevens, was discovered in June. Both died as a result of stab wounds.Inspector Halloran said there were no signs of sexual assault in any of the three killings. Natalie Russell’s body was found by two State Emergency Service workers at about 11pm on Friday night in a heavily wooded area. She was lying face down, in thick scrub about 3m from a bike track. About 150 detectives door-knocked almost 5000 houses in the Frankston area yesterday, as part of Operation Pulsar, in relation to the murder of Debbie Fream and the other crimes.