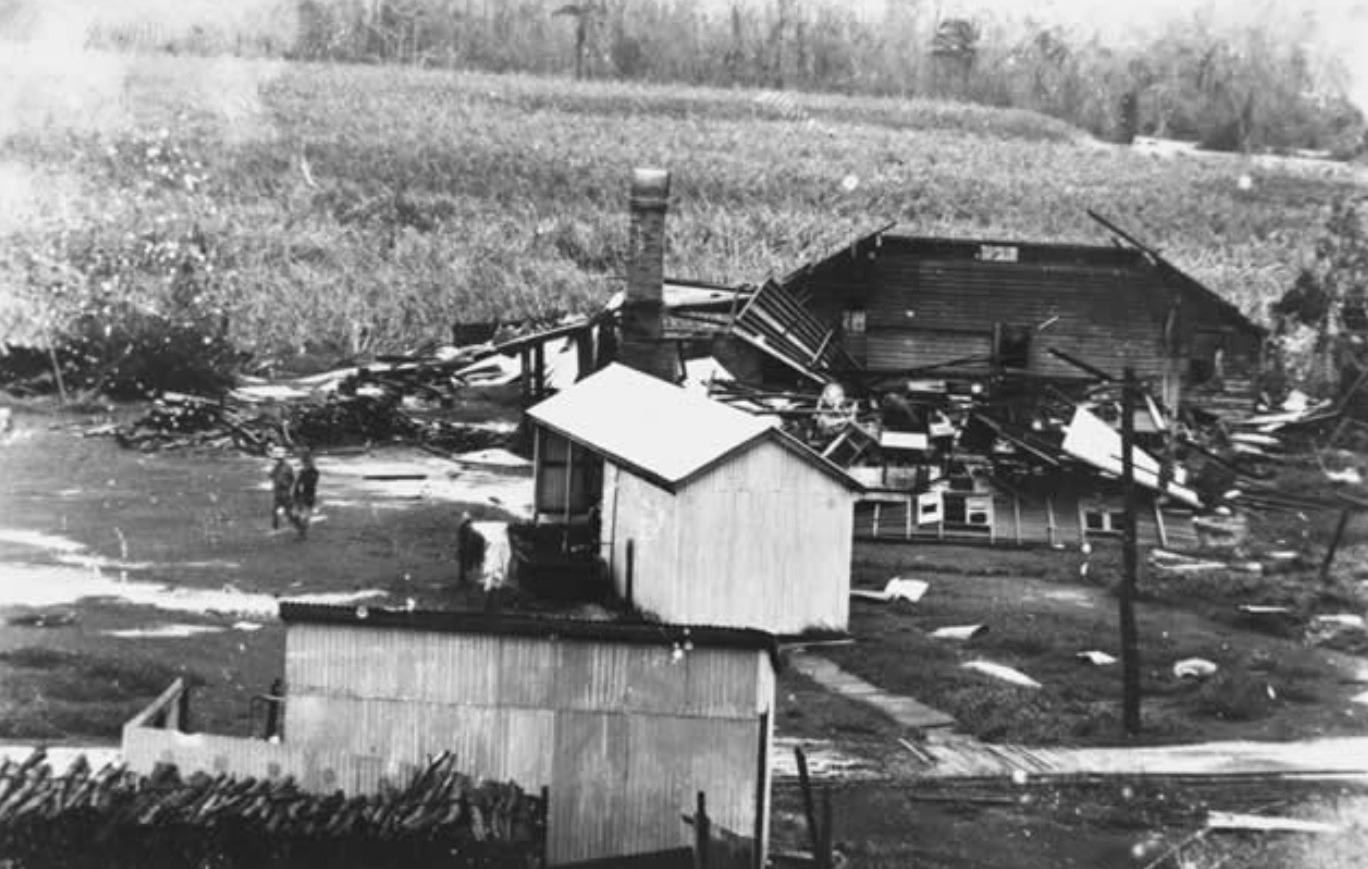 In WWII, the first real attack of the Japanese on an Australian base occurred with the bombing of Darwin on 19 February 1942. That attack was the first of about 90 attacks that occurred at various places in and around Australia during the war. Shortly after this initial attack, the northwest coastal towns of Broome and Wyndham also came under fire, followed by Derby a few weeks later. It is less well known that the town of Mossman, near Cairns, was also bombed. On the night of 31 July 1942, Sub Lieutenant Mizukura dropped eight bombs, thinking that the lights he saw were Cairns. In fact it was Mossman, and while the other seven bombs have never been recovered, one fell on a sugar cane farm near Saltwater, Mossman. It caused a crater that measured 7 metres wide and a metre deep, and sent flying shrapnel through the window of the nearby farmhouse. Farmer Felice Zullo’s two and a half year old daughter was wounded in the head from shrapnel which entered the house, although she was in her cot at the time.

The child grew up to become Mrs Carmel Emmi, and on 31 July 1991, Mrs Emmi unveiled a plaque on a memorial stone commemorating the attack and her survival. The memorial stone is situated on Bamboo Creek Road, after the turnoff to Whyanbeel.