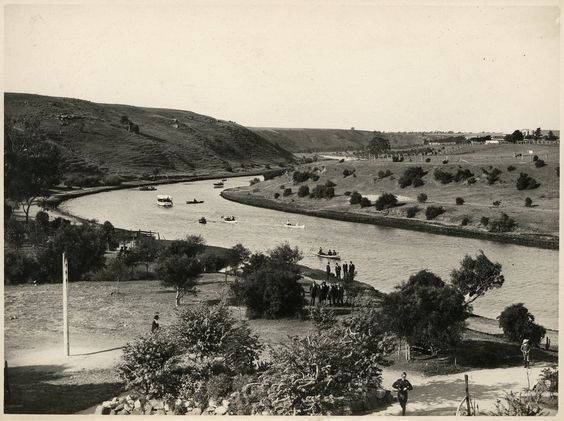 Norman Hurley, a 19-year-old orphan, who was battered on the head and thrown alive into the Maribyrnong River, near Flemington Racecourse on this day in 1948, was the victim of one of the most brutal and callous premeditated murders in recent years. It was disclosed that Hurley was struck four times with a heavy instrument and dragged along the embankment for about 20 yards before he was thrown into the river from a concrete jetty. The house nearest the place where he was murdered is across the river and about half a mile away. It has been established also that Hurley had been studying car advertisements in newspapers recently, but it is not certain whether he wrote any letters to prospective car, salesmen.  Eric Stanley Jacobi, 44, tractor driver, of Gordon st, Footscray, appeared in the City Court yesterday and was remanded.