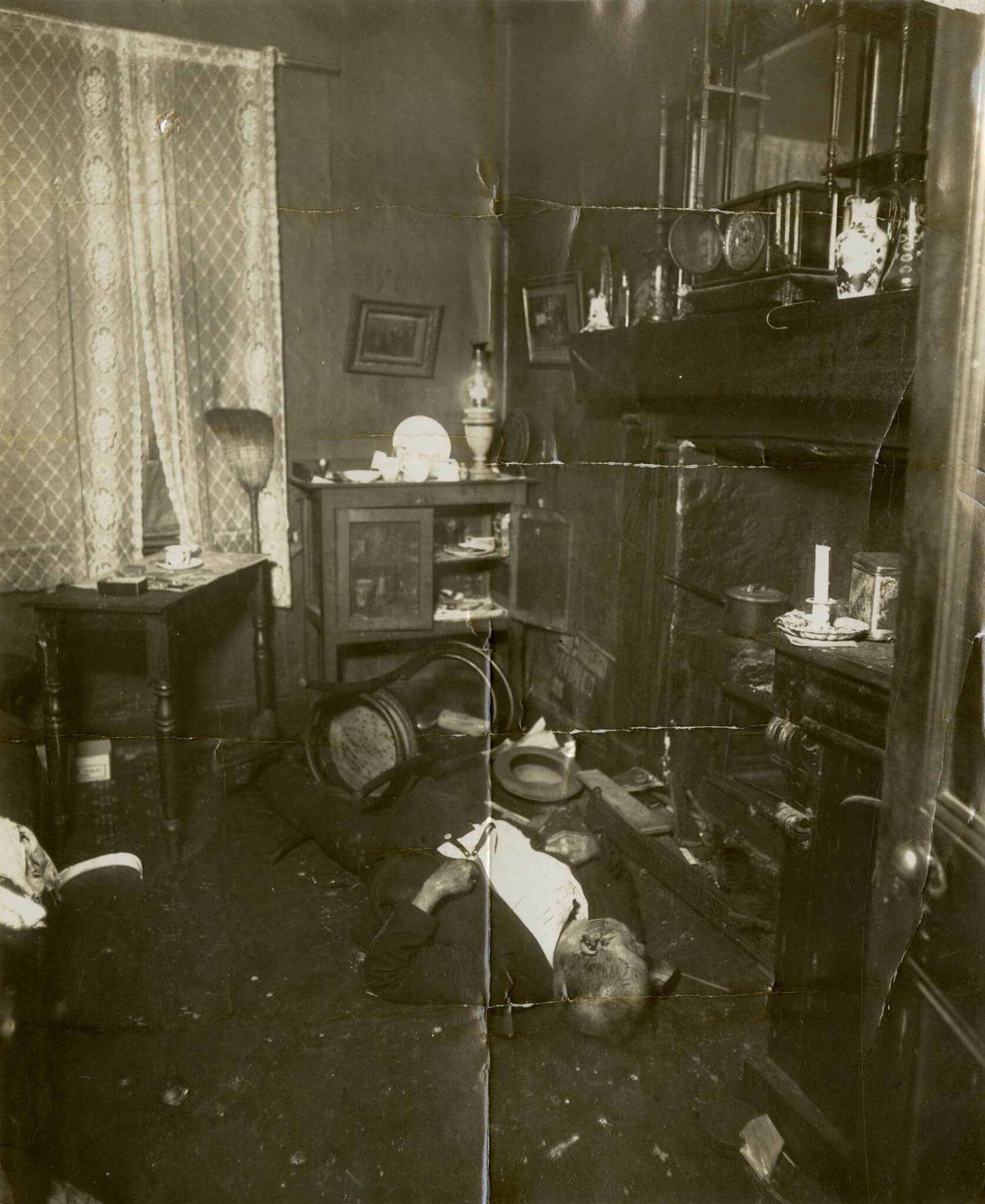 John Taylor had been found battered to death on the floor of his Fitzroy shop on the corner of Argyle and Fitzroy Streets at 6am on the 7th of June 1930. It was believed that Taylor had been killed shortly after closing time on Friday, when the thief entered the shop, killed Taylor and left with a large sum of money. A post mortem revealed that Taylor, and 80 year old man, suffered a broken jaw, 4 broken ribs, an injury to his throat as well as various bruises and lacerations. Arthur Skerritt was arrested on Friday the 13th of June, 1930. He was arrested as he had goods that had been brought at Taylor’s shop and it was also alleged that some of Taylor’s property was discovered in the house where Skerritt lived. Much was made in the newspapers of the fact that Skerritt was a coloured man. Evidence presented at the inquest stated that Skerritt was drunk and had left home with nothing but had returned with a sugar bag full of goods and a quantity of coppers and a sovereign. The accused lived a few doors down from Taylor’s shop. Skerritt was heard to remark that he must of done it as he was drinking. The trial for murder took place in July and on this day in 1930, Skerritt was found guilty of wilful murder and sentenced to death. An appeal was lodged but was dismissed. The Government of the day stepped in as the Labour party was opposed to capital punishment. Skerritt’s life sentence was commuted to life imprisonment for the term of his natural life without benefit of regulation. Skerritt was originally incarcerated at Pentridge prison but was transferred to Geelong Gaol at some stage. Pleas for his release because of his age began in 1946 and were still going in 1949. Authorities described him as crafty and unscrupulous and saw no reason to release him, fearing that he would continue to steal and would end up back in prison. Skerritt died of cardiac failure in 1953 still incarcerated in the Geelong Gaol.

Were Tasmanian Tigers Native to Victoria