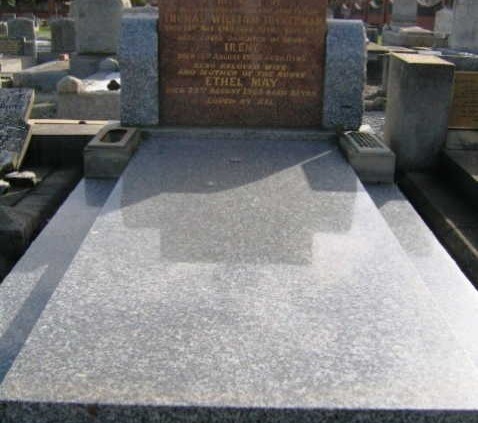 The inquest into the death of Irene Tuckerman, who was found murdered at Caulfield on this day in 1924, was opened on September 17. Mr. Elsbury, for the Crown, said that suspicion rested in two-quarters, but it had been deemed advisable simply to bring the suspected persons before the Court, as witnesses, and to leave further action, to the coroner. Mr. W. S. Doris appeared for Thomas Cheshire, newsagent, of 200 Balaclava road, Caulfield, and Sir. Scott Murphy and Mr. Healy for the relatives of Irene Tuckerman, and for William Robinson, a boarder at the home of the child.  Mrs. Tuckerman, after having given evidence of the child’s disappearance, in cross examination by Mr. Elsbury, said that Irene had sold papers in Cheshire’s shop without her knowledge. She would not have allowed this had she known. The relations between her eldest son, Harold, and Irene were affectionate.  Robert Harold Tuckerman, baker, accounted for his movements on August 2. He denied that he had sent his sister to Cheshire’s shop. He had no quarrel with his sister, and denied that he had a bad temper.  William Robinson, gas-worker, was questioned by Mr. Klsbury as follows:— Between a quarter and half-past 11 o’clock on the night of August 2 did Irene Tuckerman not walk into the house?—Certainly not. I did not see her from the previous night.  I suggest that she entered by the back door before half-past 11 o’clock?—She did not. That she took her coat off?—She did not come home to take it off.  Have you ever heard Ivy Tuckerman say anything about Cheshire?—No. About the man in the paper-shop?—Yes, I have heard them say about getting papers there. Has Ivy ever said anything about the man in the paper shop?—I could not — I think she has- She has made a suggestion that when she went into his shop he closed the door and complained of draught. She got a bit frightened. What did he do to them?—I could not say. Oh, come on, sir, I have a statement here over your signature. The Coroner (addressing Robinson).— You are not impressing me at all. If you prevaricate again I will send you to gaol. I feel inclined to commit you for contempt of Court. Mr. Elsbury.—Did you make any statement to Detective O’Keefe as to what Ivy had told you regarding the man in the paper shop ? Witness.—Not that I remember. Did you say this: “I have not heard Irene Tuckerman complain about strange men speaking to her. I heard Ivy say that the man in the paper shop is a nasty man, that he would tickle them under the chin, and squeeze their hands, and would be unduly familiar with the young girls”?—That is what they told me John Francis O’Callaghan, tramway gripman, and Edmund Charles Phillips, tramway conductor, stated that on August 2, about half-past 1 o’clock, they saw Cheshire on a tram in Wellington street, St. Kilda with a girl dressed similarly to Irene Tuckerman. The couple alighted from the tram on the St. Kilda Esplanade and walked toward the beach. Detectives Piggott and Ethel detailed conversations with Cheshire, in which, they stated, Cheshire maintained his innocence of any part in the death of Irene Tuckerman. After interviews with a man, a woman, and a youth, they were satisfied that there was no ground for further action against those persons. Cheshire said that he was at his shop throughout August 2, though he closed it from half past 1 o’clock to half-past 4 o’clock. He closed at half-past 8 o’clock and slept at the shop that night. He rose at 9 o’clock on August 3, and went to his son’s place at Surrey Hills. The Tuckerman girls visited his shop occasionally to buy papers. He denied that he was on a tram with Irene Tuckerman on August 2. Cheshire was invited to give evidence but at the instance of his counsel he declined. The coroner committed Cheshire for trial on a charge of the murder of Irene Tuckerman.

Died at the Prison of the Ill in Geelong
Scroll to top Book online now!