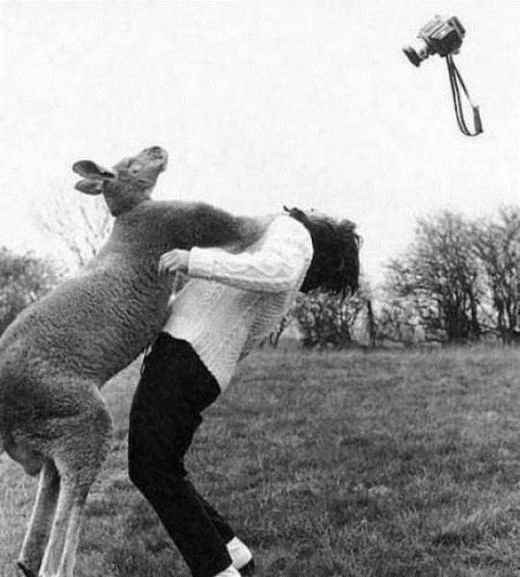 According to statistics from the Victorian Injury Surveillance Unit, 28,128 Victorians were injured by animals between July 2004 and June 2007, that is nearly 10 000 a year. But to break that down, almost 7700 Victorians have been taken to hospital during this time after being attacked by dogs. Horses were second on the list, killing two people and injuring a further 5628. Mosquito killed two people and sent 256 more to hospital. 9922 Victorians were hurt by creepy-crawlies, including spiders, bees, wasps, ticks, ants, centipedes and even scorpions. More unusual statistics were that close to 50 Victorians were attacked by monkeys. Family pets such as cats, rabbits and guinea pigs injured 1117 people, and 450 people ended up at a hospital with insects stuck in eyes, nose or ears. Chickens injured 92 people, and stingrays over 50 people. Six people had to be treated after encountering ducks and alpacas. Wombats, kangaroos, wallabies, possums and dingoes were responsible for attacks on 231 people. And 1153 Victorians were attacked in their sleep or while resting or eating.