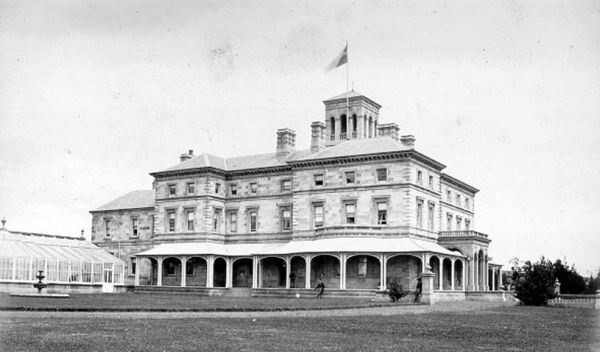 Mona Vale mansion, at Ross in Tasmania, was built in 1868 for the wealthy land owner and Tasmanian Parliamentarian Robert Quayle Kermode and he entertained the Duke of Edinburgh there shortly after it was completed. The stained glass windows were created by the Ferguson & Urie stained glass company of North Melbourne and were selected by the architect of Mona Vale, Henry Hunter, during a visit to Victoria in 1867.