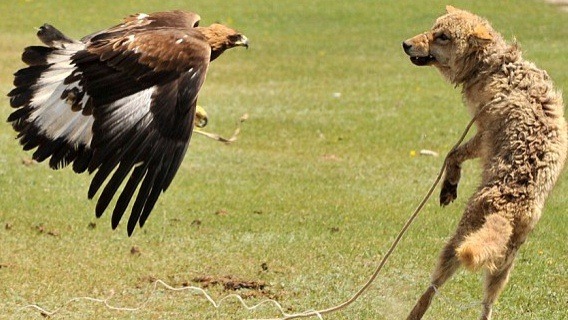 A boy named Watts was crossing a paddock on Oliver Anketell’s farm near Dandenong, Victoria, on this day in 1898 when a large eagle swooped down and grabbed his dog, burying it’s talons in to it’s back. The bird rose in the air with the dog before the boy could come to the rescue. The dog howled in pain as it struggled in vain attempts to free it’s self. They were high in the air before the dog managed to catch it’s captor’s wings and hold on. The eagle used it’s beak with terrible effects, but the dog instinctively kept it’s hold on the wing, and the pair, tumbling over and over as they fell to the ground. The boy ran to his dog’ said and managed to kill the eagle by bludgeoning it to death with heavy blows to the head from his stout walking stick. The dog was alive but badly injured around the head and body from attacks by the birds claws and beak. The eagle measured two metres from tip to tip of it’s wings. The dog which weighted about 10kg made a good recovery.

Died in a Confectionery Shop